The Mountain from GoT is master of all stones 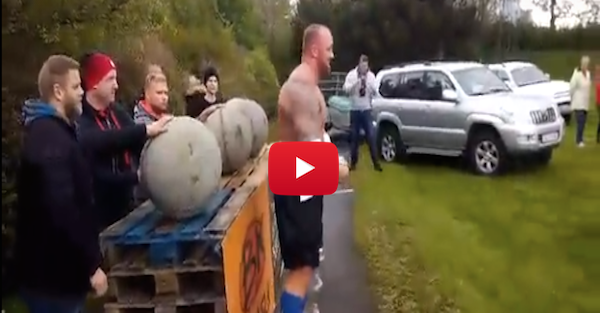 Hafthor Bjornsson — or as you may know him, The Mountain from “Game of Thrones” — competed in Iceland’s Strongest Man competition recently and he did not disappoint. He made the stone circuit look way too easy. Maybe that’s because he’s 6’9″ and is 419 pounds of pure muscle.

This wasn’t his first time dominating stones; he did it in 2014 during Europe’s Strongest Man competition, which he won. It was all almost exactly the same, right down to ripping his shirt off and giving a Hulk-like yell.

Good thing he wasn’t trying to recreate his character from the show because then it would people’s heads on those pedestals and not boulders. Obviously, this should never be tried at home or without supervision for all you people who think you can muscle up to this man, which most human beings can’t.