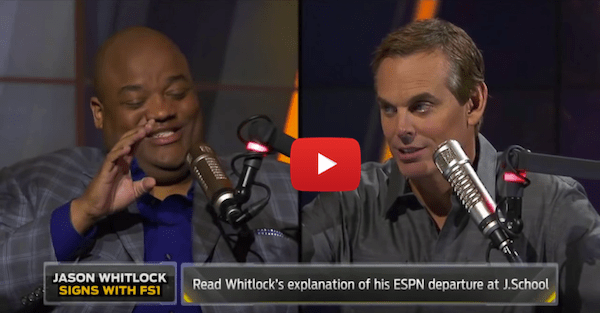 RELATED: Danny Kanell continues to be an SEC troll

College Spun put together its own March Madness bracket, but it has nothing to do with any sort of sports games being played. Rather, it has to do with the guys calling and commenting on those games. The bracket consists totally of sports personalities and the “winner” is the most annoying one.

Somehow Danny Kanell was only given a 12-seed and Paul Finebaum was only a 4-seed. There were over 600,000 votes cast and the Final Four consisted of Jim Rome, Jemele Hill and the two First Take yellers in Stephen A. Smith and Skip Bayless. Naturally, it came down to those two in the final with Stephen A. taking the title. You can see the entire bracket below: