This goalie fight featured a crushing, one-punch knockout, and then something you don’t expect 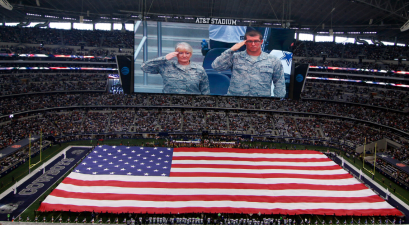 Removing Our National Anthem from Sports Would Be a Disgrace 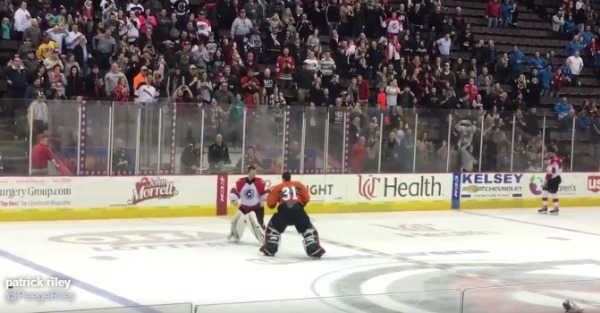 Here’s why you don’t see very many goalie on goalie brawls in hockey—they’re not exactly a vicious bunch.

These two goaltenders were at the center of a wild melee that broke out in the third period of an ECHL matchup between the Cincinnati Cyclones and the Quad City Mallards Wednesday night that broke out after a questionable hit.

Mallards’ goalie Adam Vay left the net to go after a player when Cyclones’ goaltender Michael Houser intervened and the two locked horns at center ice.

RELATED: These hockey players were so angry they decided to fight in the penalty box

And the whole thing didn’t even last as long as an early Mike Tyson fight. About three seconds after it started, it was over, taking Vay just one punch to knock Houser on his backside.

The kicker? Immediately after putting him there, Vay picked his fellow netminder up off the ice. Apparently hockey’s reputation for soulless brutality doesn’t include goalies.