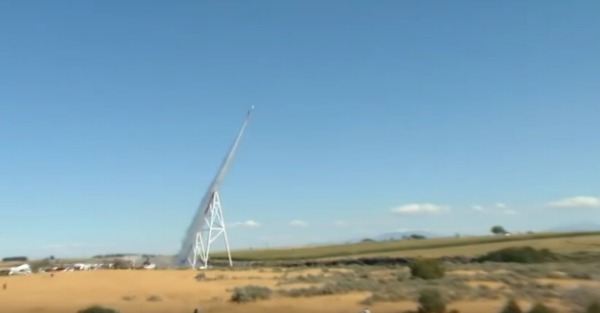 Evel Knievel tried the jump in 1974, but his parachute opened before he completed the jump, sending him drifting to the canyon floor, but without injury.

Braun’s attempt Friday was a success. He piloted a steam-powered replica of the rocket Evel Knievel manned, which was launched from a steep ramp, across the 1400-foot gap and reached speeds of 400 mph.

Braun ejected from the rocket halfway through the jump, deploying his parachute and landing safely at the 1,400 foot mark.