This Hit-and-Run Driver Gets Served Some Unexpected Justice 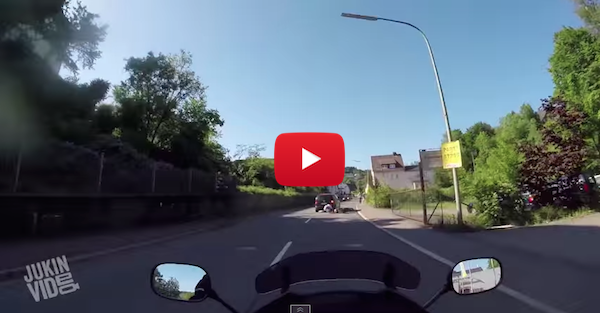 That’s the reasoning of this complete dolt of a driver. He says a biker gave him the finger, so therefore, it’s was just fine for him to use his vehicle as a weapon. When a fellow biker tracked down this moron, he goes off, spewing nonsense that doesn’t come from any sane human. Lucky for everyone, this whole episode was caught on tape, and the police were called. Hopefully this driver got what he deserved.