15 Years Ago, LeBron James Was Drafted. Remember This Day? 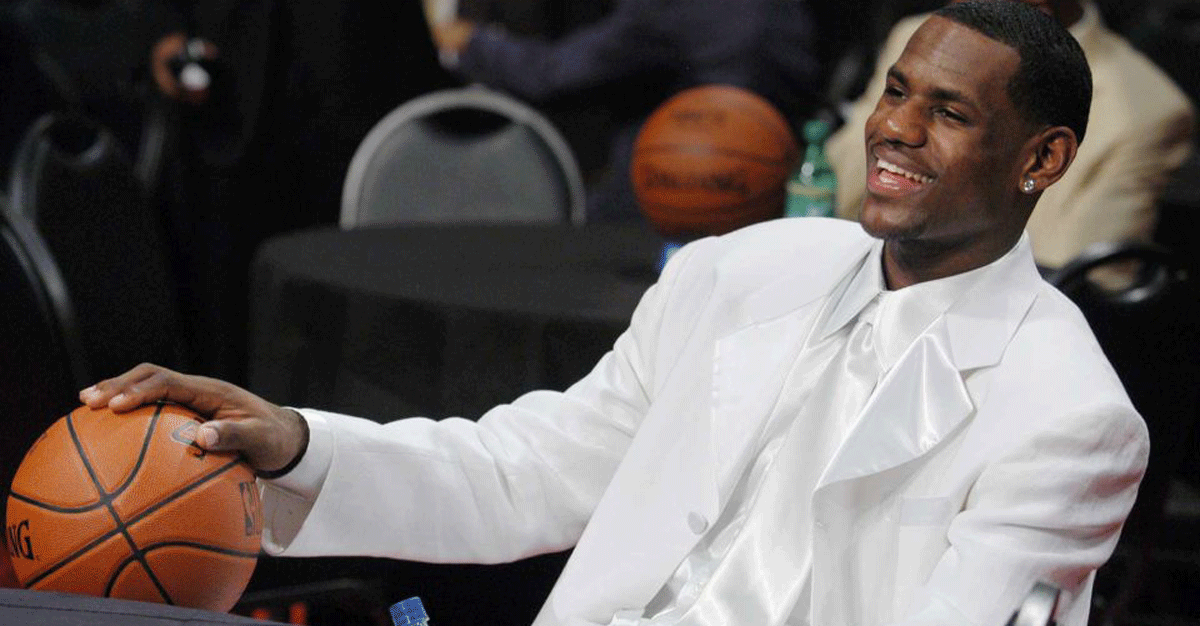 All eyes are on LeBron James this week and his likely pending free agency. The buzz, the rumors, reading into his every movement, it is inescapable to most. But before he became the best player on the planet and the league?s biggest attraction, he was a 6-foot-8 kid fresh out of high school, walking across the NBA Draft stage donning an all-white suit exactly 15 years ago.

That?s right, June 26 marks the 15th Anniversary of King James, the Chosen One from St. Vincent-St. Mary High School in Akron, Ohio, becoming the No. 1 overall pick of the Cleveland Cavaliers in the 2003 NBA Draft.

The game hasn?t been the same since.

From four Most Valuable Player Awards to three NBA Finals titles and MVPs to two Olympic gold medals to becoming the youngest player to collect several milestones, including to score 30,000 points, James has been dunking and rebounding and passing and blocking his way into the history books throughout his 15 seasons.

James is coming off one of his best statistical seasons of his career in 2017-18. He averaged 27.5 points, 8.6 rebounds, and a career-high 9.1 assists while playing in all 82 regular season games for the first time in his career.

Additionally, he made it to his eighth-straight NBA Finals ( a loss to the Golden State Warriors once again) and created a pretty epic highlight reel of dunks.

On Monday night, the All-Star and All-NBA small forward was also awarded NBA?s Assist of the Year, Clutch Shot of the Year, and Play of the Year at the NBA Awards in Los Angeles.

Now, the attention switches to where LeBron will play next season. Will it still be in Cleveland? Does he move and play for the Los Angeles Lakers or Houston Rockets or Philadelphia 76ers or San Antonio Spurs or Boston Celtics? Could he return to the Miami Heat or do something else unexpected?

Only time will tell what will happen, if he will opt out and become a free agent, but this date is significant in history because a draft night to remember with an all-time great class featuring the likes of Carmelo Anthony, Dwayne Wade, and Chris Bosh, among others.

Most importantly, a legend was officially born into the league he continues to dominate.