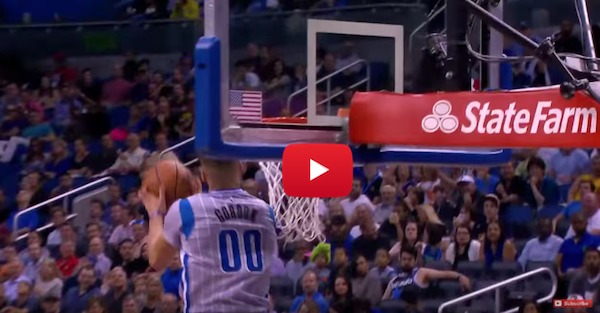 Orlando Magic forward Aaron Gordon has been throwing down some nasty dunks ever since his and Zach LaVine’s Dunk Contest ended. LaVine has been trying to win it again and now Gordon is making a case to get back into the contest next year too.

He threw down a nasty reverse dunk off a lob from Brandon Jennings against the Cleveland Cavaliers and I would like to formally put his name back in the hat for 2017’s dunk contest!