An NBA icon and five-time champion calls it quits 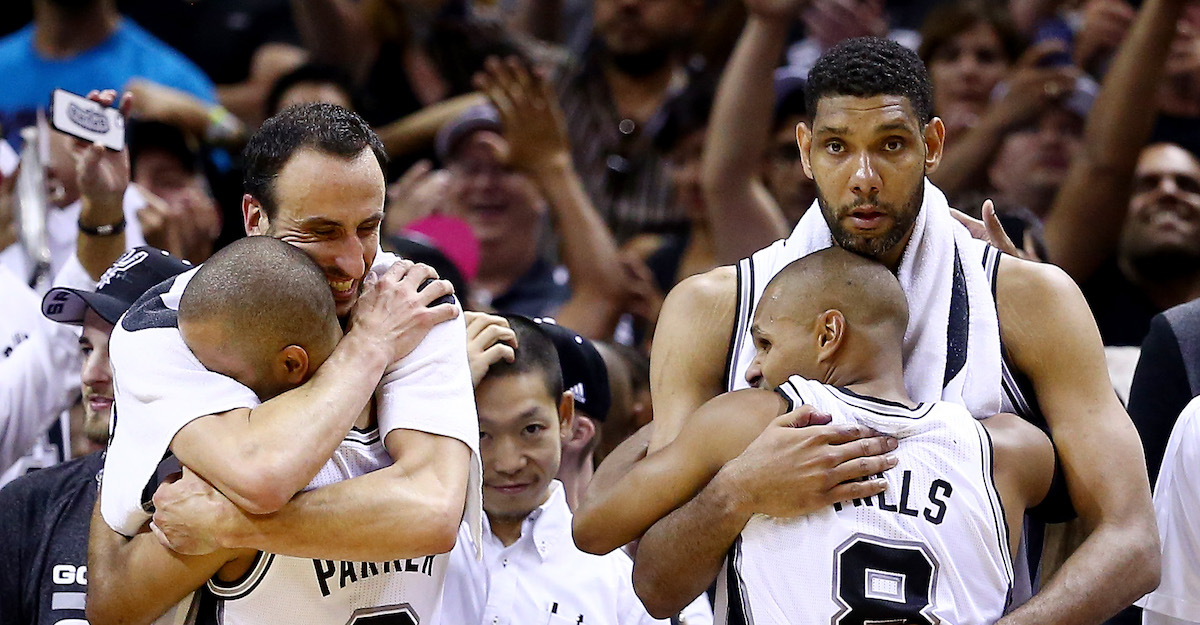 SAN ANTONIO, TX - JUNE 15: Manu Ginobili #20, Tony Parker #9, Patty Mills #8 and Tim Duncan #21 of the San Antonio Spurs celebrate on the bench in the closing minutes of Game Five of the 2014 NBA Finals against the Miami Heat at the AT&T Center on June 15, 2014 in San Antonio, Texas. NOTE TO USER: User expressly acknowledges and agrees that, by downloading and or using this photograph, User is consenting to the terms and conditions of the Getty Images License Agreement. (Photo by Andy Lyons/Getty Images)

It’s finally happening. The world as we know it has come screeching to a halt with the latest announcement that Tim Duncan, legendary San Antonio Spur and NBA icon, has retired after 19 seasons. Duncan was a five-time NBA champion, three-time Finals MVP, Rookie of the Year, and 15-time All-Star selection.

RELATED: No one can talk trash to Tim Duncan

He led the Spurs to championships in 1999, 2003, 2005, 2007 and 2014, making him the only player to start and win the Finals in three different decades — John Salley played, but did not start in some of his Finals appearances over three decades. He went out of the league much the same way he played in it and that was quietly.

Here’s the full announcement from the team:

Duncan will be remembered as much for his greatness as for his longevity in a league that’s been known to chew up and spit out No. 1 picks that don’t pan out quickly. He most certainly did that and it’s only right we remember his career with this awesome video: