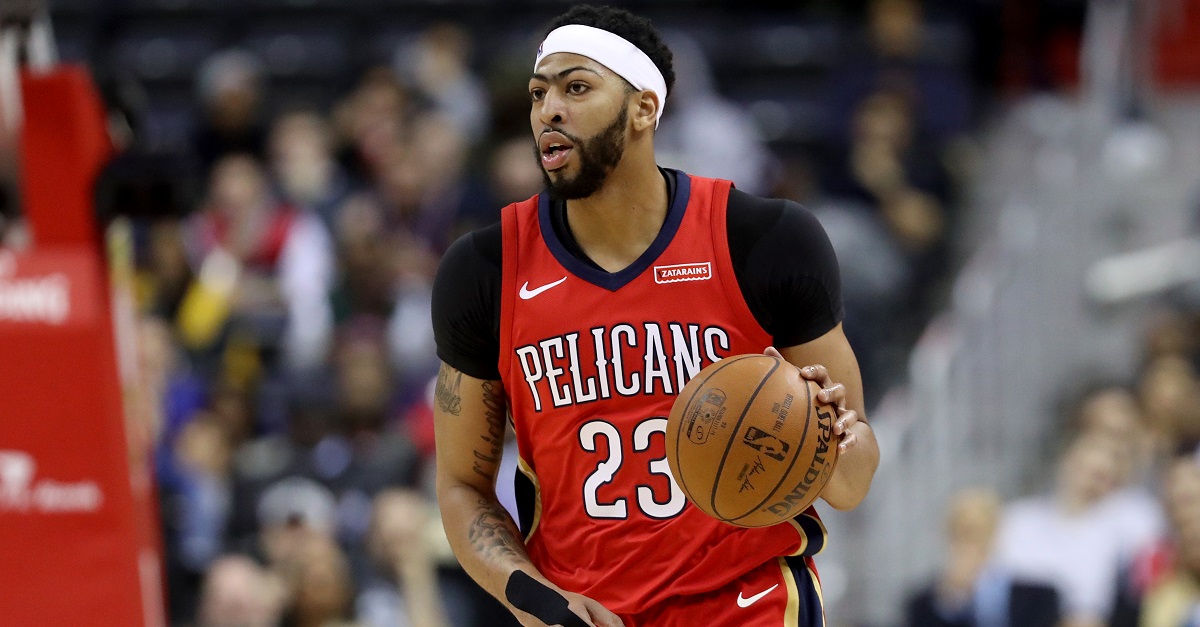 Rob Carr/Getty Images
WASHINGTON, DC - DECEMBER 19: Anthony Davis #23 of the New Orleans Pelicans dribbles the ball against the Washington Wizards in the first half at Capital One Arena on December 19, 2017 in Washington, DC. NOTE TO USER: User expressly acknowledges and agrees that, by downloading and or using this photograph, User is consenting to the terms and conditions of the Getty Images License Agreement. (Photo by Rob Carr/Getty Images)

“We could have gone through the playoffs. No one could really stop us as bigs. We go to the Finals if we went,” Davis told ESPN’s Rachel Nichols in an interview over All-Star weekend.

“[Teammate Rajon Rondo] reminds us of it: ‘You guys are the two best bigs. I know what it takes to win championships; we got it.'”

During the same interview, Davis reflected on the possibility of spending his best playing years on a non-contender rather than requesting a trade.

?But then again, you be like, This year could be the year. You don?t know.

?So you just got to take it year-by-year and just see. See where the team is going, what direction they want to go to, and just see where their head is.?

Cousins suffered the injury on Jan. 26 during a win over the first-place Houston Rockets. Since then, however, the Pelicans have lost five of their last 10 games.

New Orleans currently has a 31-26 overall record and rank eighth in the Western Conference with 25 games remaining in the 2017-18 season.