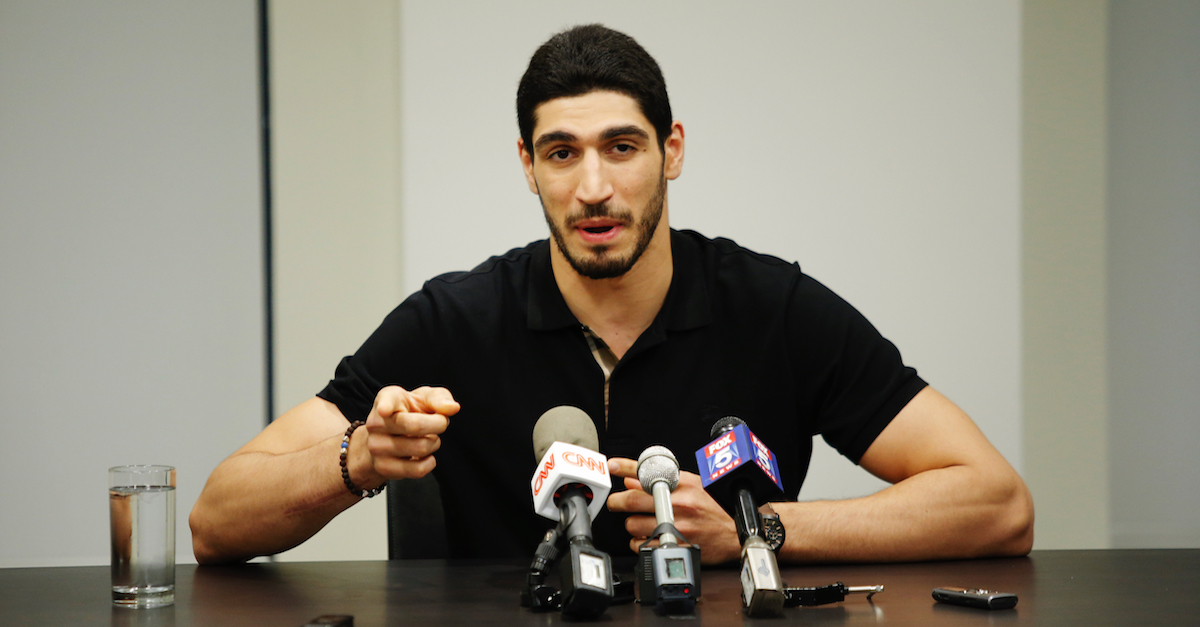 Eduardo Munoz Alvarez/Getty Images
NEW YORK, NY - MAY 22: Turkish NBA Player Enes Kanter speaks to media during a news conference about his detention at a Romanian airport on May 22, 2017 in New York City. Kanter returned to the U.S. after being detained for several hours at a Romanian airport following statements he made criticizing Turkey's president Recep Tayyip Erdogan. (Photo by Eduardo Munoz Alvarez/Getty Images)

Kanter has openly disagreed with current Turkish president Recep Tayyip Erdogan, and he has been an ardent supporter of a candidate who wants to overthrow the current president’s regime.

Now, a warrant has been issued for Kanter’s arrest, and he has been accused of being a part of a “terror group.”

According to Yahoo Sports, a pro-government newspaper in Turkey is alleging Kanter is a member of an armed terrorist organization.

Kanter tweeted this out on Friday:

Kanter’s tweet translates to “I am already going to come there to spit on all of your ugly, hate-filled faces.”

Kanter has called the current Turkish president the “Hitler of our century.”

NBA star Enes Kanter calls Turkey's Erdoğan "the Hitler of our century": "I hope the world's going to do something." https://t.co/Y5u07KDMUI pic.twitter.com/Z2I2FVf59u

Kanter is back in the United States, and he probably won’t want to return to Turkey for a while.