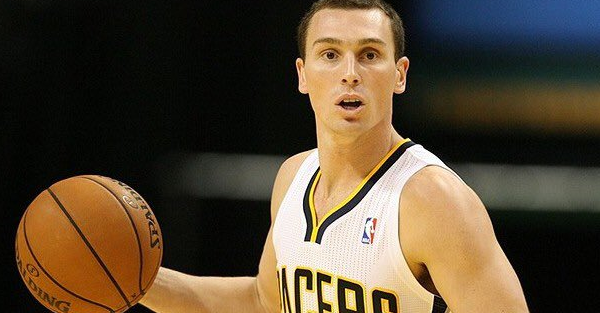 Drinking and driving can come with other consequences besides possible jail time and fines.

Ben Hansbrough, who  had just been promoted to a full-time assistant coach’s role at Western Kentucky University  this summer, resigned his position just two days after he was arrested on suspicion of DUI, according to WKU Herald Sports.

ICYMI: WKU is down to two full-time assistants after Ben Hansbrough's resignation https://t.co/1DJOuUWsbt

The Daily News, based on police reports, gave account:

Bowling Green police responded to an accident in a parking lot and when they arrived, the driver of the vehicle that was hit said he smelled alcohol on the other driver’s breath.

Bowling Green Police arrested Hansbrough and took him to jail, where he refused to take a breathalyzer test. He spent just over six hours in jail before being released on $1,000 bond.

Hansbrough, a 6’3 guard, played for Mississippi St. and Notre Dame in college, and went undrafted in the 2011 NBA draft. He played in Germany for one year. He played 28 games for the Indiana Pacers in the 2012 season, a team that included his brother, Tyler.

He was waived after the season, and after a stint in the NBA’s developmental league, played a year in Spain before turning to coaching.