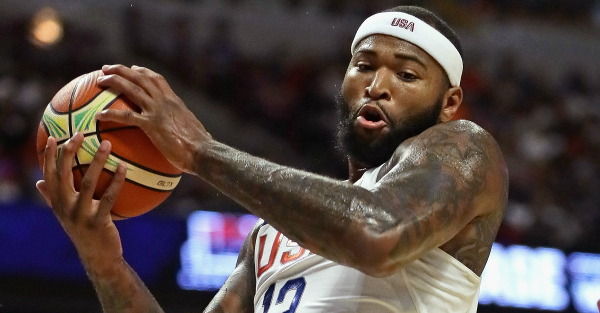 NBA All-Star Boogie Cousins had a show-stopping response to a question during an interview session before the Olympic games. A reporter asked Cousins what question he would ask if he was interviewing himself.

RELATED: Believe it or not, the conditions at Rio’s Olympics Village are worse than we thought

OLYMPIC REPORTER: "If you could ask yourself one question what would it be?"

BOOGIE: "I would ask myself, what would that one question be?"

The reporter looked astonished at Cousins’ answer as a moderator wrapped up the press conference. No word if the Twilight Zone theme music started playing after the answer.

Besides pondering theoretical physics in Rio, Cousins will try to help the USA Men’s team win the gold medal. Their first game is Aug. 6 against China.