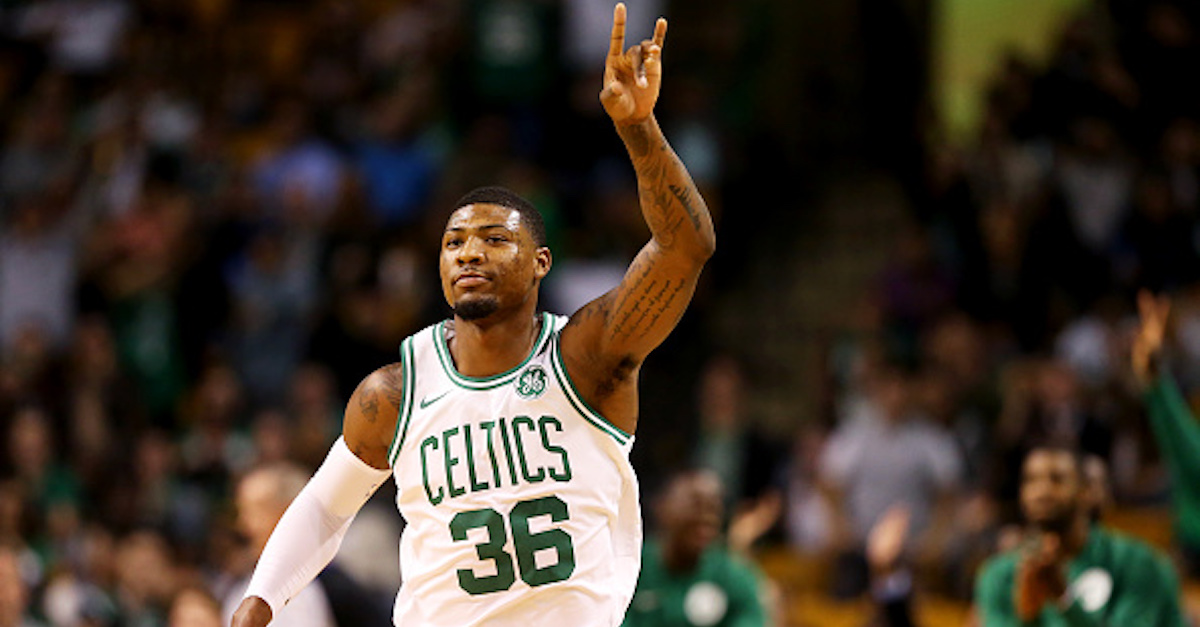 Maddie Meyer/Getty Images
BOSTON, MA - OCTOBER 2: Marcus Smart #36 of the Boston Celtics celebrates after hitting a three point shot against the Charlotte Hornets during the first half at TD Garden on October 2, 2017 in Boston, Massachusetts. NOTE TO USER: User expressly acknowledges and agrees that, by downloading and or using this Photograph, user is consenting to the terms and conditions of the Getty Images License Agreement. (Photo by Maddie Meyer/Getty Images)

Smart missed Wednesday night’s game against the Los Angeles Clippers with an unknown injury, but Celtics head coach Brad Stevens told reporters prior to the game that he only knew that Smart received stitches and that he was still working to get the full story. He later said that he believed Smart cut his hand on some glass in his hotel room.

While the team offered very few details on the incident, Smart gave more information in a tweet:

I want to take this time to express my sincerest apologies to my teammates, coaches, and most of all the amazing Boston Celtics fans. I'm embarrassed and disappointed in my actions. I swiped at and hit a picture frame on the wall. I feel like I let all y'all down

It’s unclear why Smart hit a picture frame on the wall, but this revelation has to be one of the more obscure reasons we’ve heard in recent memory for a player injury. While his injury was certainly preventable, the team did catch a break that his injury isn’t serious and that he’s only expected to miss a couple of weeks.

Smart has established himself as one of the most important players on the Celtics given his ability to impact games in a variety of different ways. In 46 games this season, Smart is averaging 10.1 points, 4.7 assists, 3.5 rebounds and 1.3 steals per game.