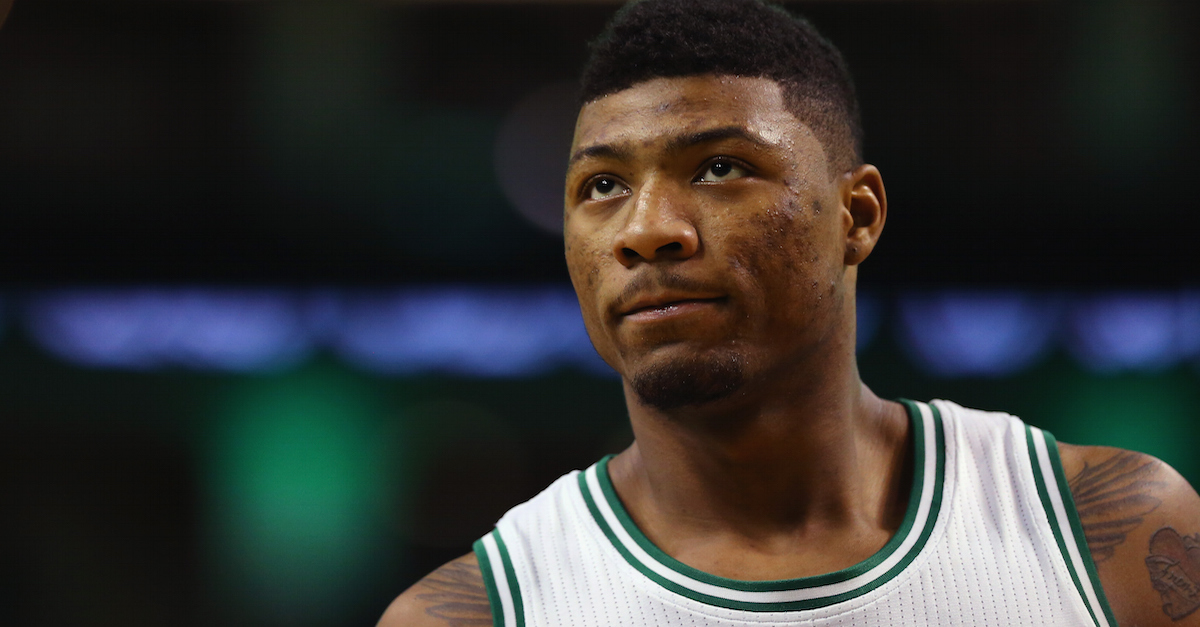 BOSTON, MA - FEBRUARY 06: Marcus Smart #36 of the Boston Celtics looks on during the game against the Philadelphia 76ers at TD Garden on February 6, 2015 in Boston, Massachusetts. The Celtics defeat the 76ers 107-96. NOTE TO USER: User expressly acknowledges and agrees that, by downloading and/or using this photograph, user is consenting to the terms and conditions of the Getty Images License Agreement. (Photo by Maddie Meyer/Getty Images)

Boston Celtics general manager Danny Ainge is doing what he can to upgrade the roster, which means no one on the roster is safe — not even last year’s first-round selection Marcus Smart.

According to B.A. Turner from LA Times, Boston attempted to acquire Rookie of the Year contender Nerlens Noel and the No. 3 overall selection for Marcus Smart and this year’s two first-round picks.

“The executives said the Celtics were looking to trade point guard Marcus Smart and the Nos. 16 and 28 picks in the first round to Philadelphia for center/forward Nerlens Noel and the No. 3 pick. But the 76ers, the executives said, weren’t interested.”

It doesn’t hurt to kick the tires on any trade, but no one — not even Ainge — had to expect the Sixers to pull the trigger on this lopsided deal.