There’s reportedly one player holding up the Carmelo Anthony trade, and it isn’t him 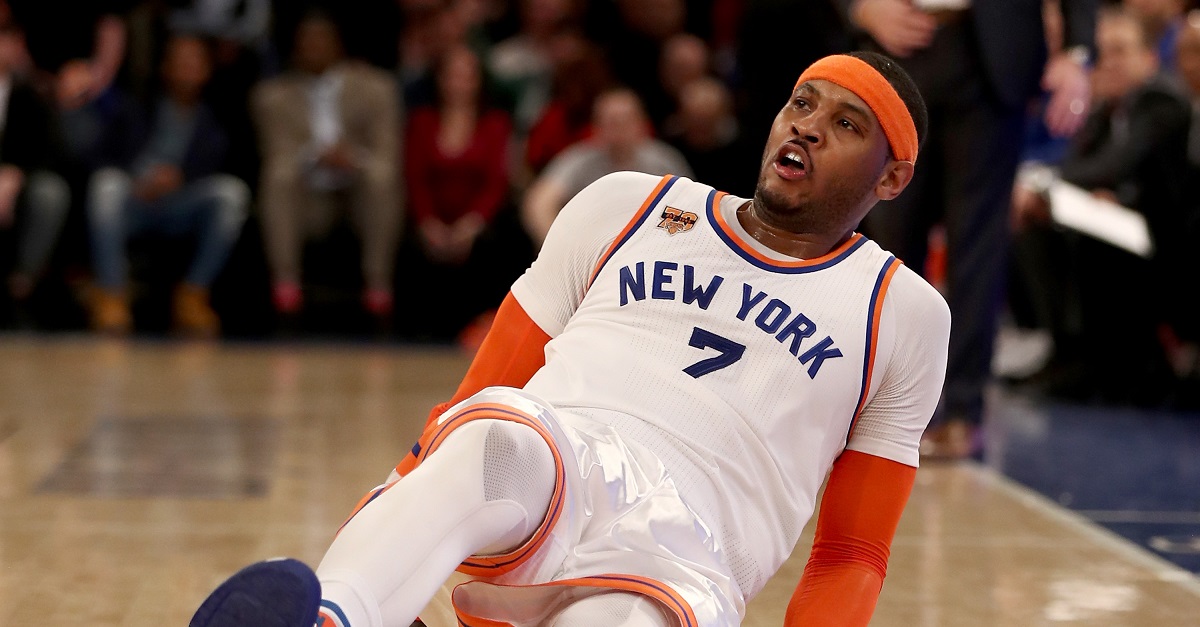 Elsa/Getty Images
NEW YORK, NY - JANUARY 27: Carmelo Anthony #7 of the New York Knicks falls as he follows through on a shot in the fourth quarter against the Charlotte Hornets at Madison Square Garden on January 27, 2017 in New York City. NOTE TO USER: User expressly acknowledges and agrees that, by downloading and or using this Photograph, user is consenting to the terms and conditions of the Getty Images License Agreement (Photo by Elsa/Getty Images)

The steam has been picking up for a Carmelo Anthony trade to the Houston Rockets, but there have been some snags in the discussions. There is reportedly one big snag that has kept the trade from happening and The New York Daily News says that’s the contract of Ryan Anderson.

It’s been reported that the Knicks and Rockets are trying to get other teams involved to make a salary dump possible, but Anderson’s $60-plus million contract is making it difficult. Here’s part of the report from the NYDN:

“But the Knicks front office, led now and maybe forever by Steve Mills, is making total financial sense by refusing to take on Anderson and his enormous contract in a proposed trade for Anthony.

Anderson is scheduled to make $61.1 million over the next three seasons compared to two years and $54 million owed to Anthony. No way do you pay more for a guy who does less.

While this sounds like the Knicks finally making a good decision, this is still the same team that paid Tim Hardaway Jr. around $71 million for three years after having released him in the first place a few years ago. It remains to be seen if this deal will ever get done, but it’s been sounding like both sides want to get something done and an agreement could be around the corner.