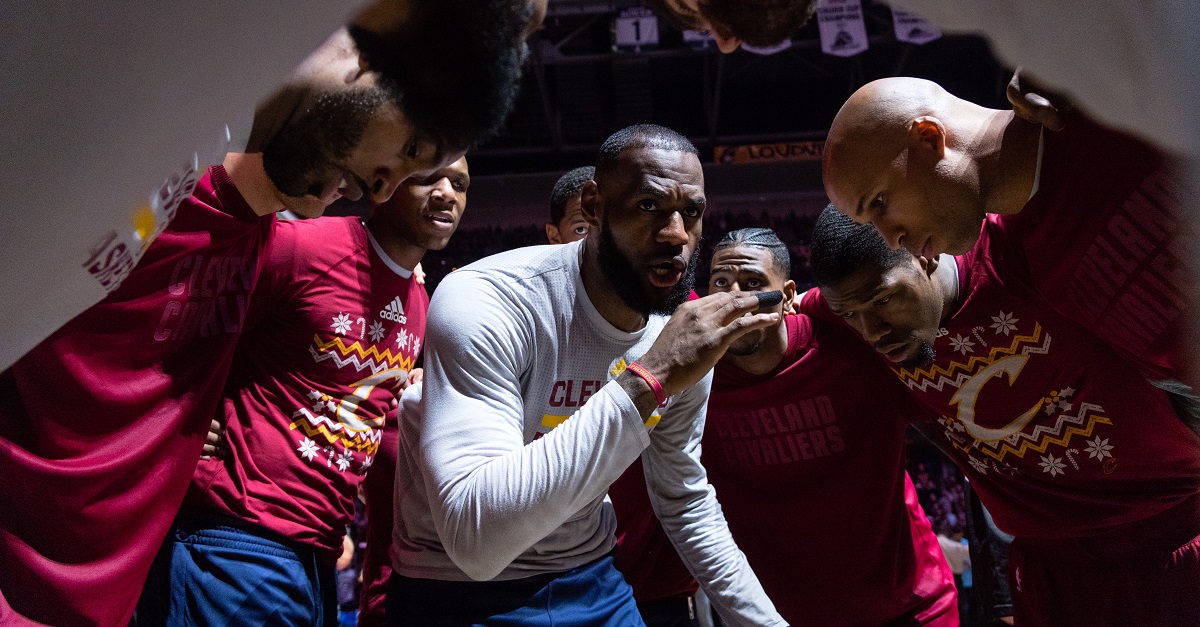 Jason Miller/Getty Images
CLEVELAND, OH - DECEMBER 25: LeBron James #23 of the Cleveland Cavaliers rallies his teammates in the huddle during player introductions prior to the game Golden State Warriors at Quicken Loans Arena on December 25, 2016 in Cleveland, Ohio. NOTE TO USER: User expressly acknowledges and agrees that, by downloading and/or using this photograph, user is consenting to the terms and conditions of the Getty Images License Agreement. Mandatory copyright notice. (Photo by Jason Miller/Getty Images)

The Atlanta Hawks are currently a 19-16 team, which is probably not as good as they thought it would be at this point in time. Point guard Dennis Schroder has been great in his new role as the starter, but that hasn’t led to more wins and it looks like the Hawks might start the rebuilding process with a huge trade to get things going.

Vertical Sources with @ShamsCharania: Atlanta is finalizing a deal to send guard Kyle Korver to the Cleveland Cavaliers.

RELATED: One superstar is on the trade block and this team is officially a mess

The deal doesn’t have any more details as of now, but it looks like it will make the rich even richer. While J.R. Smith is sidelined for a few weeks, Korver might have some time to carve out some a little playing niche before he returns and make Smith expendable or create a situation where he could be traded again at a higher price.

Korver is shooting 40.9 percent on three-pointers on 5.0 attempts per game this season for the Hawks and is averaging 9.5 points, 2.3 assists and 2.8 boards a game.

It seems there is a little bit of information of who might be heading to Atlanta: