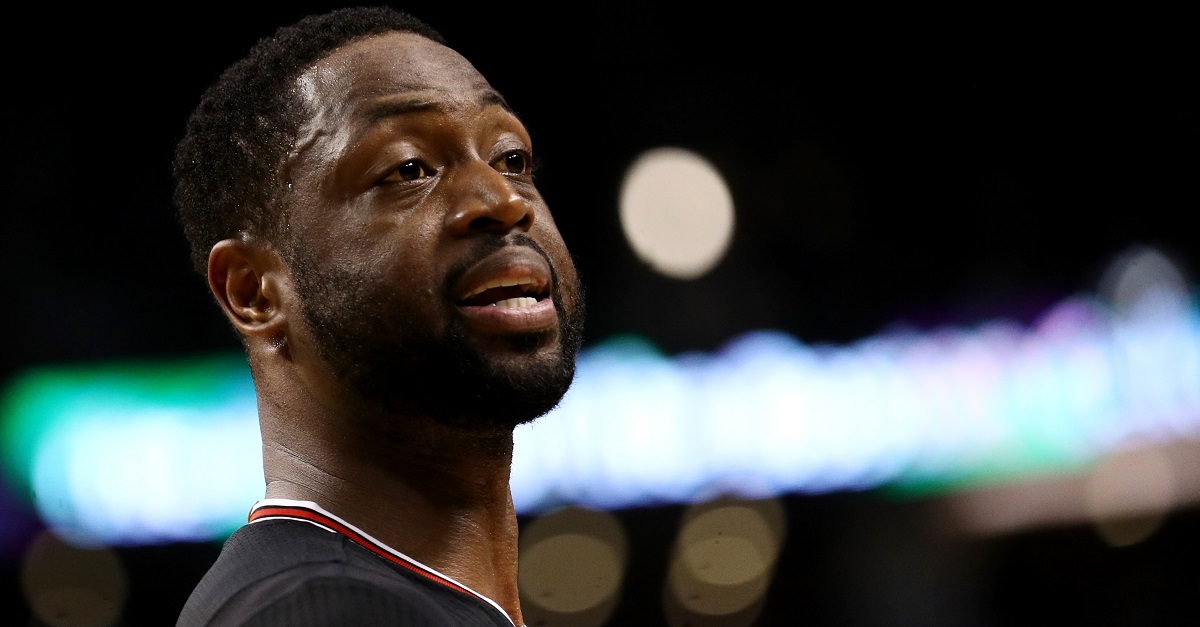 Maddie Meyer/Getty Images
BOSTON, MA - APRIL 26: Dwyane Wade #3 of the Chicago Bulls looks on during the third quarter of Game Five of the Eastern Conference Quarterfinals against the Boston Celtics at TD Garden on April 26, 2017 in Boston, Massachusetts. NOTE TO USER: User expressly acknowledges and agrees that, by downloading and or using this Photograph, user is consenting to the terms and conditions of the Getty Images License Agreement. (Photo by Maddie Meyer/Getty Images)

In a shocking move, the Cleveland Cavaliers have traded Dwyane Wade to the Miami Heat. Hopefully, they got the approval of LeBron James before this happened.

This was yet another move by a Cavs organization that did some serious roster overhauling at the NBA trade deadline.

Moments prior to this report surfacing, another was made that stated the Cavaliers would be sending Isaiah Thomas to the Los Angeles Lakers. For that deal, Cleveland is sending Thomas, Channing Frye and its (NOT Brooklyn’s) first-round pick to Los Angeles in exchange for Larry Nance and Jordan Clarkson.

As Cleveland remade its roster with young, athletic wing players, organization gave him a chance to return home to Miami and worked out a deal to send him back to the Heat, league sources tell ESPN.

The Cavs coaching staff was considering reducing Dwyane Wade's playing time and he's been agitating for a return "home" to Miami in the future, sources said. Both fixed.

There was even more prior to this blockbuster.

Cleveland just got a lot younger, more dynamic, and maybe got rid of the chemistry issue Thomas appeared to be bringing to the table. How LeBron James will react to this is a big deal, but Nance is an underrated talent and Clarkson, who has show flashes, should fit in relatively well with the Cavs.

This has been a complete and total roster overhaul by the Cleveland Cavaliers. Maybe as last ditch attempt to get younger, better defensively and plan for both LeBron James maybe leaving or possibly staying.

Either way, the NBA trade deadline is not done with us yet.

The Cavs are no longer the Cavs at this point.