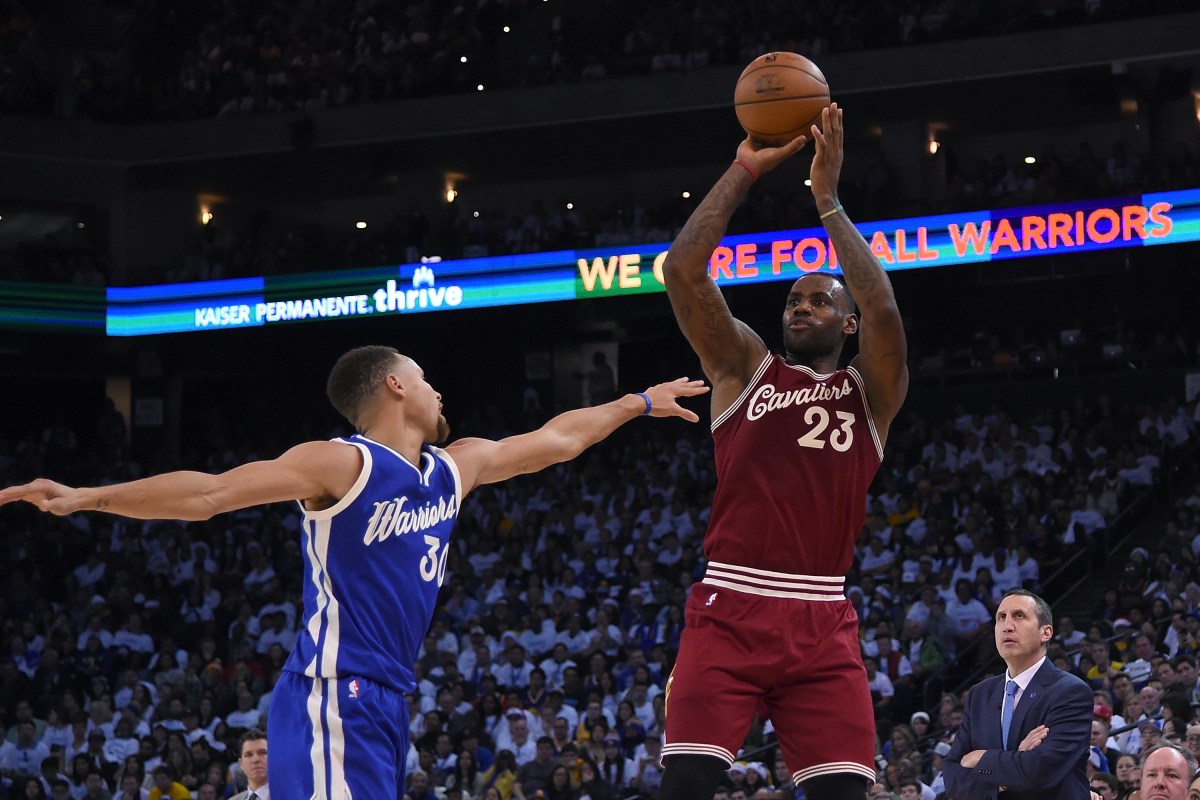 Thearon W. Henderson/Getty Images
OAKLAND, CA - DECEMBER 25: LeBron James #23 of the Cleveland Cavaliers shoots over Stephen Curry #30 of the Golden State Warriors during their NBA basketball game at ORACLE Arena on December 25, 2015 in Oakland, California. NOTE TO USER: User expressly acknowledges and agrees that, by downloading and or using this photograph, User is consenting to the terms and conditions of the Getty Images License Agreement. (Photo by Thearon W. Henderson/Getty Images)

The Cleveland Cavaliers are set to host the Golden State Warriors on Christmas Day and there could be a rivalry brewing between the two teams that have met in the Finals the last two seasons. It looks like the Cavs have the upper hand as far as the most recent Championship goes and in the troll game.

RELATED: The Cavs are still trolling the Warriors on opening night

The Cavs got the better of the Warriors on opening night and it looks like they’ve done it again with this poster hanging in the Warriors’ locker room.

Someone left this door near the Warriors’ locker room open. Probably just a coincidence. Yeah, that’s it.

If you look closely enough you can even see the ring on James’ finger they put on there. That’s just cold. The tipoff is set for 2:30 or right after the Knicks-Celtics game finishes.