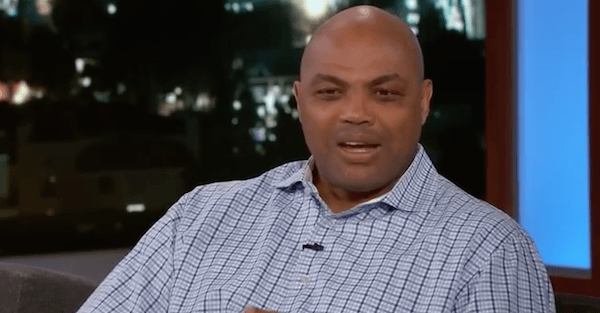 Charles Barkley has never been the shy type.

The Hall of Famer has become just as well known for his brash honesty as his basketball skills, which has helped him have a successful broadcasting career for nearly two decades.

During an appearance on The Jimmy Kimmel Show this week, Barkley revealed that he played an NBA game drunk because he spent the day celebrating after his agent told him that he had been traded to the Los Angeles Lakers. However, his agent would reveal that his team at the time, the Philadelphia 76ers, had nullified the trade several hours later.

“So, I get a call from my agent one morning and he says, ‘I think we got a deal, you’re going to the Lakers,'” Barkley said. “This is about 11:30 during the day — somewhere in the mid-eightees, I wanna say late-’80s. So me and my boys went out and celebrated. We started drinking in the middle of the day. I was so excited. My agent called me back three hours later and said ‘the Sixers pulled out of the deal.’ And we got a game that night. I don’t remember anything about that game. First of all I was so pissed but I was so drunk too. I have no idea what happened that game.”

Kimmel asked Barkley if the incident was the only time he played while intoxicated.