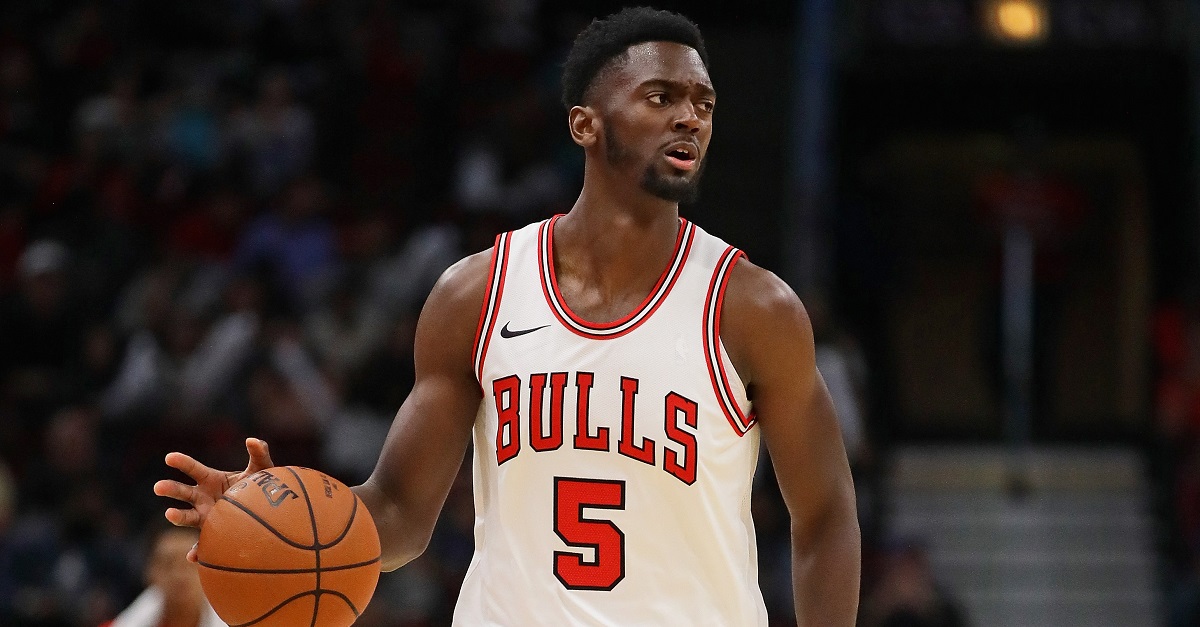 Jonathan Daniel/Getty Images
CHICAGO, IL - OCTOBER 08: Bobby Portis #5 of the Chicago Bulls brings the ball up the court against the New Orleans Pelicans during a preseason game at the United Center on October 8, 2017 in Chicago, Illinois. The Pelicans defeated the Bulls 108-95. NOTE TO USER: User expressly acknowledges and agrees that, by downloading and or using this photograph, User is consenting to the terms and conditions of the Getty Images License Agreement. (Photo by Jonathan Daniel/Getty Images)

Chicago Bulls forward Nikola Mirotic was sent to the hospital on Tuesday evening after getting into an altercation with teammate Bobby Portis.

It was reported that Mirotic would likely be out four to six weeks after suffering facial fractures, but it looks like Portis will miss a fraction of that time, as the Bulls announced on Wednesday that Portis had been suspended for the first eight games of the season.

League sources told Yahoo! Sports that there was a shoving altercation at practice and Portis got in a cheap shot on Mirotic’s face, which is the reason for him being hospitalized. ESPN’s Adrian Wojnarowski confirmed that:

K.C. Johnson of the Chicago Tribune is also reporting that Mirotic is already home and suffered two broken bones:

Mirotic is home after going to hospital. He has 2 broken bones in his face and was evaluated for concussion, per source. Punched by Portis.

The 22-year old Portis was the Bulls’ 22nd overall pick in the 2015 NBA Draft while Mirotic signed a two-year, $27 million deal this offseason to stay with the team.