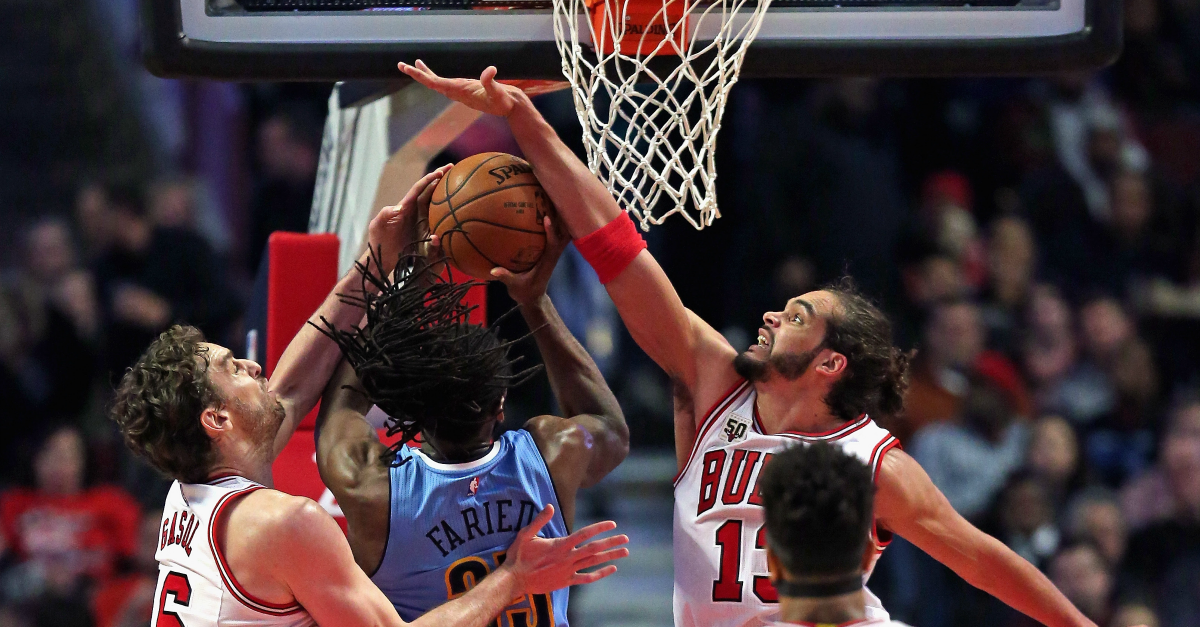 Not all of the Chicago Bulls have been happy about the new hire of coach Fred Hoiberg, especially since he was a Gar Forman hire. One guy who has been very vocal in the locker room is center Joakim Noah. You might not have seen Noah very much this season because he had season-ending shoulder surgery only 29 games into the season.

He is apparently already telling teammates that he is no longer going to be a Bull once free agency hits. He has said that he “has no trust in the front office to get this going in the right direction.”

There’s one player who has been speaking with the Chicago Sun-Times and has said that one of the assistant coaches reports to Forman on everything that goes and that has garnered a lot of distrust among the team so it seems only natural that some players would want out. Noah happens to be a free agent so he can go wherever he likes.

That part may be the hardest though as he is 31 and had the worst year of his career since his rookie campaign in 2007-08. He averaged only 4.3 points and 8.8 rebounds before his injury sidelined him.

The anonymous player also said that Noah actually turned down opportunities to do charity work — a big deal considering he is one of the most charitable guys in the league — with the Bulls because he had become so angry with Forman. Leslie Forman, Gar’s wife, asked Joakim to take part in “some auction where he would have to ride around town with the winner or something like that.” He flatly said no because he didn’t like how he was approached about it and it very much sounds like Noah has a foot out the door already.