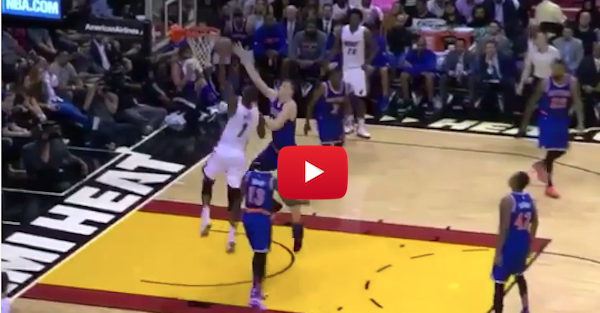 Kristaps Porzingis has had some great moments this season as a rookie, but he’s also bound to get embarrassed a couple times too. The latter of those instances took place in a game against the Heat in Miami. Chris Bosh is a longtime vet and he had to show the young blood exactly how posterize someone.

Woof. Welcome to the league, son! Porzingis will definitely think twice about trying to guard Bosh so closely on the perimeter.