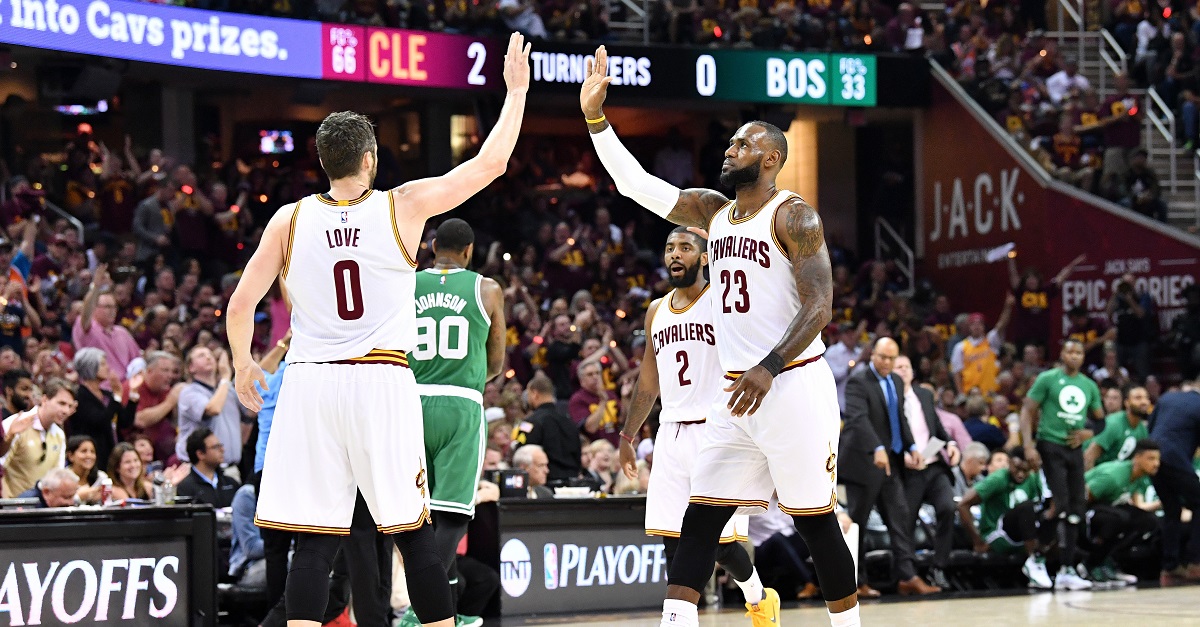 Jason Miller/Getty Images
CLEVELAND, OH - MAY 21: Kevin Love #0 and LeBron James #23 of the Cleveland Cavaliers celebrate in the first half against the Boston Celtics during Game Three of the 2017 NBA Eastern Conference Finals at Quicken Loans Arena on May 21, 2017 in Cleveland, Ohio. NOTE TO USER: User expressly acknowledges and agrees that, by downloading and or using this photograph, User is consenting to the terms and conditions of the Getty Images License Agreement. (Photo by Jason Miller/Getty Images)

The Cleveland Cavaliers had their best chance to take a win away from the Golden State Warriors on Wednesday night, but they had no such luck with a 118-113 loss. They were leading for much of the fourth quarter, but couldn’t get over the hump and ESPN insider Chris Haynes thinks that if the Cavs lose Game 4, some drastic changes could be coming. He was on The Dan Patrick Show and said that a trade should go down:

To sum things up, Haynes thinks the Cavs will trade Kevin Love because he’s the scapegoat for them losing their Finals series. He believes Carmelo Anthony would be good to trade for even though he doesn’t play as good defense and is five years older than Love.

Haynes must have forgotten that Love has actually been pretty great this postseason averaging 17.1 points, 11 rebounds and 1.1 steals per game while shooting 44 percent from beyond the arc. He makes the case for playing with an unknown, but maybe he should consider another scenario that’s going with the “evil” you know.