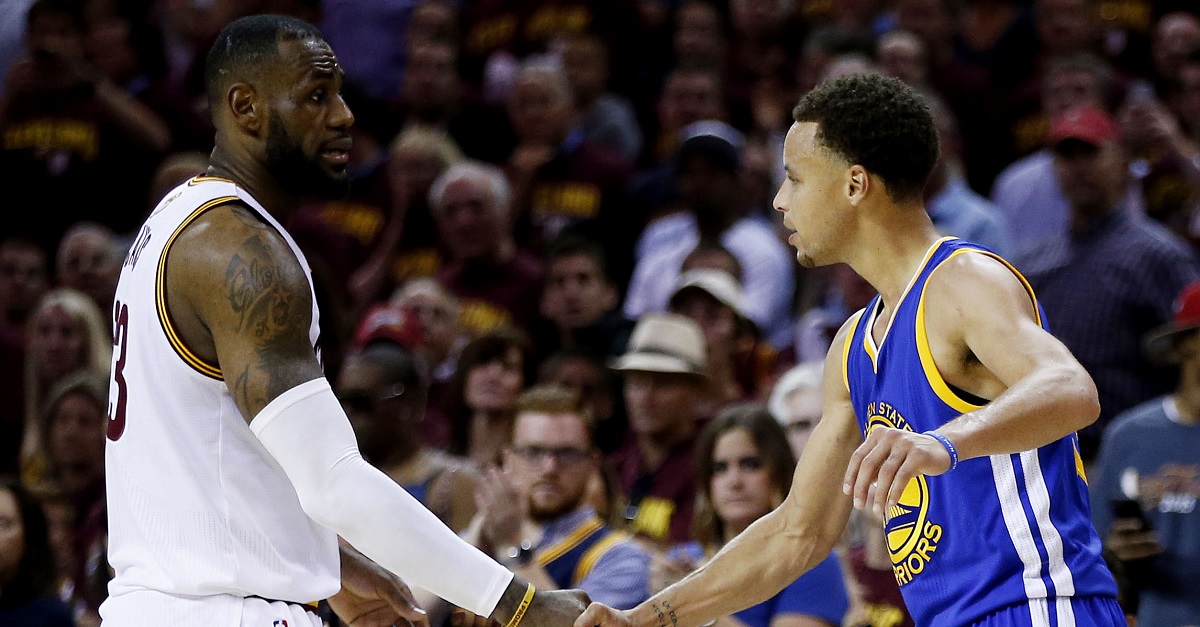 Ezra Shaw/Getty Images
CLEVELAND, OH - JUNE 16: LeBron James #23 of the Cleveland Cavaliers shakes hands with Stephen Curry #30 of the Golden State Warriors after the Warriors defeated the Cavs 105 to 97 to win Game Six of the 2015 NBA Finals at Quicken Loans Arena on June 16, 2015 in Cleveland, Ohio. NOTE TO USER: User expressly acknowledges and agrees that, by downloading and or using this photograph, user is consenting to the terms and conditions of Getty Images License Agreement. (Photo by Ezra Shaw/Getty Images)

After a surprisingly slow start to the 2017-18 season, the Cleveland Cavaliers held a lengthy team meeting on Tuesday to address their struggles.

The Cavaliers (3-4) have struggled on the defensive end through their first seven games of the season as they currently rank 27th in the NBA after giving up 109.8 points per 100 possessions. After a couple of impressive wins over the Boston Celtics and Milwaukee Bucks to start the season, the Cavaliers have since dropped games to the Orlando Magic, Brooklyn Nets, New Orleans Pelicans and New York Knicks.

Cavaliers head coach Tyronn Lue even said that the team needs to get in better shape.

?Off the court we?ve got great chemistry, great bond,? Lue said. ?On the court we just gotta be better. Like, talking, communicating, enjoying the game together. Having fun. Right now guys are not having fun.?

?Watching us today, damn,? Lue said. ?It?s a big difference. I?m screaming play with pace, and move the ball, move bodies, we got to get in better shape to do that.?

The Cavaliers have also been tasked with integrating several new players into the lineup and have had to use several different starting lineups so far this season. Many expected the team to go through some growing pains this season, but it would have been hard to predict the Cavaliers at 3-4 this early in the season.

While the team has struggled so far, the regular season just started a couple of weeks ago and there is still a lot of basketball left to be played. LeBron James has said that he’s not concerned with the team’s slow start and noted that it takes just one win to get back on track.

Perhaps Tuesday’s meeting will be what’s needed to jumpstart the team.