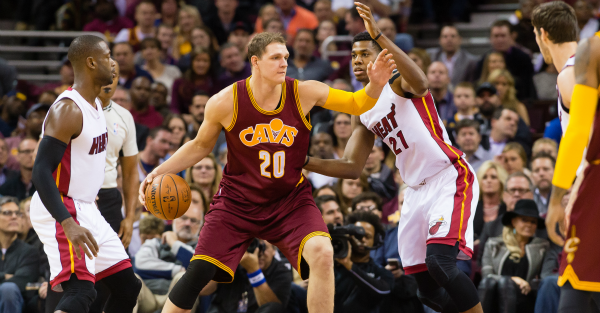 Timofey Mozgov was a huge reason the Cleveland Cavaliers got to the NBA Finals last season and was the hero in Game 4 where he had 28 points and 10 rebounds. However, his play has been lackluster this season as he’s only averaging six points and 4.3 rebounds this season in about 18 minutes of action. It seems that the Cleveland Cavaliers are putting some out calls and gauging the market on what his value might be near the trade deadline in February according to Yahoo’s Adrian Wojnarowski.

Mozgov is set to become a free agent this summer so trading him for something of value would make sense if Cleveland can pull it off. The Cavs got him in a trade last season and would have to make this one worth more than the draft picks they gave up if they want to get some sort of value in return. However, he may prove to be an important piece of the puzzle again if Anderson Varejao or Tristan Thompson go down with an injury.