Cleveland Cavaliers reportedly interested in trading for yet another point guard 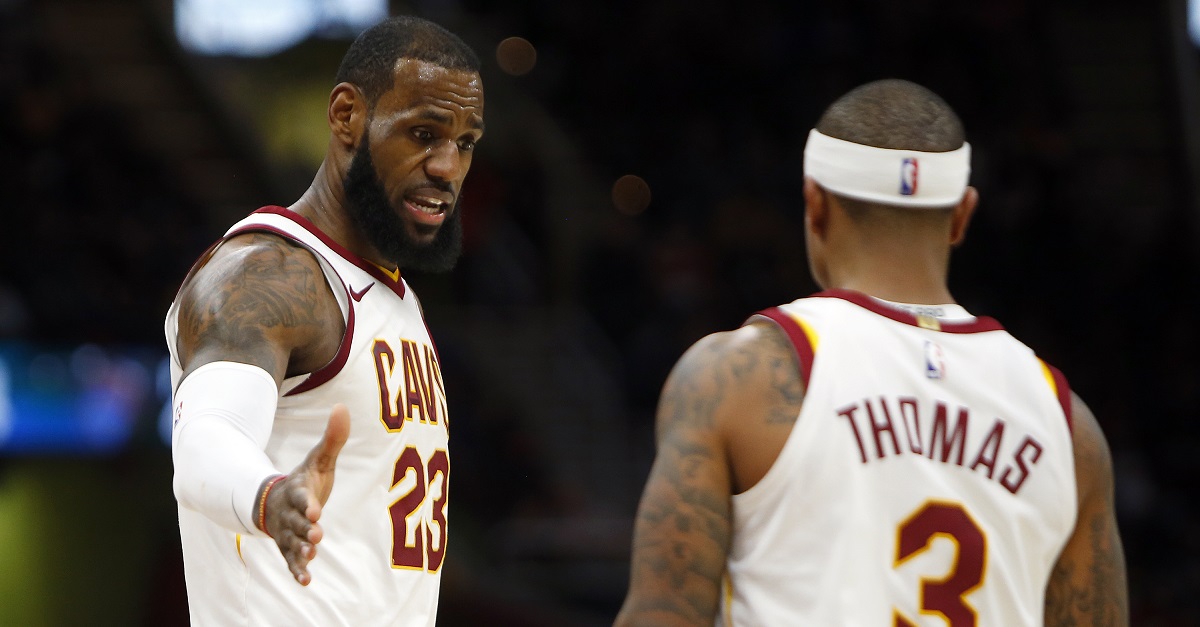 Justin K. Aller/Getty Images
CLEVELAND, OH - JANUARY 18: LeBron James #23 of the Cleveland Cavaliers and Isaiah Thomas #3 of the Cleveland Cavaliers react to a foul against the Orlando Magic at Quicken Loans Arena on January 18, 2018 in Cleveland, Ohio. NOTE TO USER: User expressly acknowledges and agrees that, by downloading and or using this photograph, User is consenting to the terms and conditions of the Getty Images License Agreement. (Photo by Justin K. Aller/Getty Images)

The Cleveland Cavaliers are third in the Eastern Conference right now, but they could be in the top spot if they played something that remotely resembled defense. That might be why they are reportedly in the market to trade for another point guard who can actually guard someone on the perimeter. That’s according to Yahoo Sports’ Shams Charania:

The report says that the Cavs are interested in George Hill because of his ability to play both guard spots and because he could potentially play off the bench. The Cavs have not gotten good guard play there from Jose Calderon and Derrick Rose so exploring a trade for a guy who doesn’t really need to go shot hunting and can adeptly run an offense is not a bad idea.

The Cavaliers have the 25th-ranked defense in the league and give up the second-most made three pointers each game. That’s a direct result of having guards who can’t really guard on the perimeter in Rose, Calderon and Isaiah Thomas who is too short to really guard anyone. The Cavaliers would likely give up some combination of guards for Hill to make space for him and to make sure there isn’t too much of a backlog.