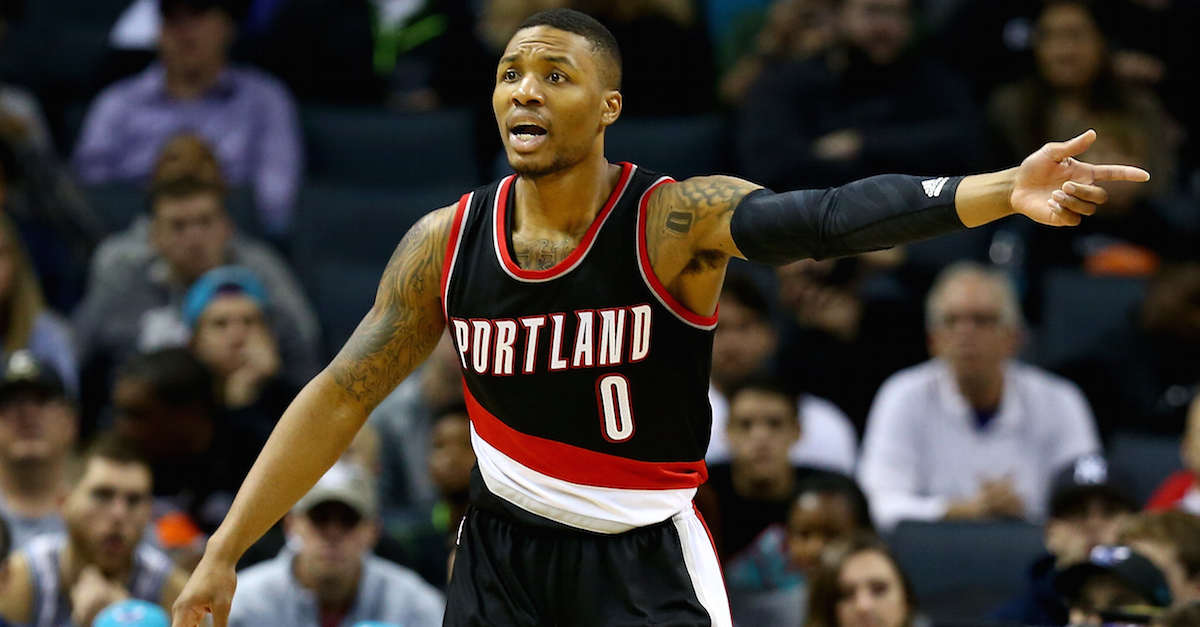 Despite another standout year from Portland Trail Blazers point guard Damian Lillard, he didn’t earn a spot as an All-Star starter, and whatever glimmer of hope that coaches would vote him in as a Western Conference reserve quickly disappeared Thursday when his name wasn’t announced.

After shootaround Friday afternoon, the Trail Blazers guard could only shake his head in disappointment:

“I’m definitely going to take it personally. I said I’d be pissed off about it and I am. I felt disrespected because I play the game the right way. I play unselfishly, I play for my team to win games and I produce at a high level. I think what I bring to the game as a person, my makeup mentally, how I am to my teammates, media and fans. What an All-Star represents in the league and what you would want for people to look at as an All-Star, I think I make up all those things,” said Lillard.

“I see it as disrespect. I’m not one of those guys that will say I should be in over this guy. At the same time, I feel really disrespected.”

Lillard has been a consistent force for a Trail Blazers team that has exceeded expectations of many around the league.

Unfortunately It’s not an issue that could have been quelled by the league commissioner’s inclusion of Lillard — it’s a disrespect by coaches around the league that had the Blazers on-court decision-maker heated.

“At this point, I feel really disrespected. I know there is someone who has to replace Kobe (Bryant). At the same time, it’s not how I wanted to see it happen.”

Commissioner Adam Silver eventually replaced Bryant with DeMarcus Cousins, and Lillard now has more of a chip on his shoulder than before. When asked about how he’d handle the news of not being selected by the coaches, he agreed that it will be more “wood on the fire.”

The guard later took to a now-deleted Instagram post to convey his feelings even further: (H/T Sporting News)

If his game reflects his mood right now, the streaking Hawks and point guard Jeff Teague should be wary of the always dangerous Lillard when the teams face off Friday night.