DeMarcus Cousins could have started a brawl, but he thought better of it 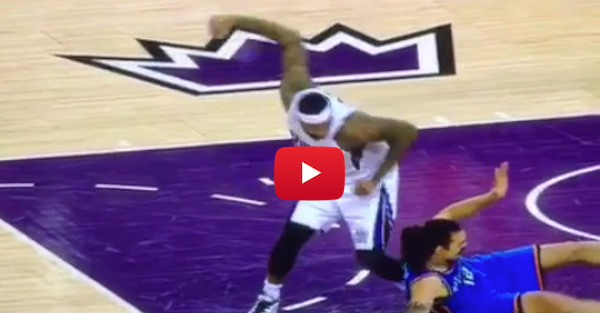 The Sacramento Kings and Oklahoma City Thunder played an interesting game of basketball Monday night. The Thunder got the win 131-116, but there was almost a brawl that could have gone down. Kings center DeMarcus Cousins was trying to run up the court to help his team, but OKC’s Steven Adams had other plans.

Fortunately, Boogie holds back and doesn’t completely Adams’ life with that haymaker he loaded up. Cousins has made some bad decisions in his lifetime, but this was one of the good ones. That would have certainly incited a riot and made this game much uglier than it should have been.