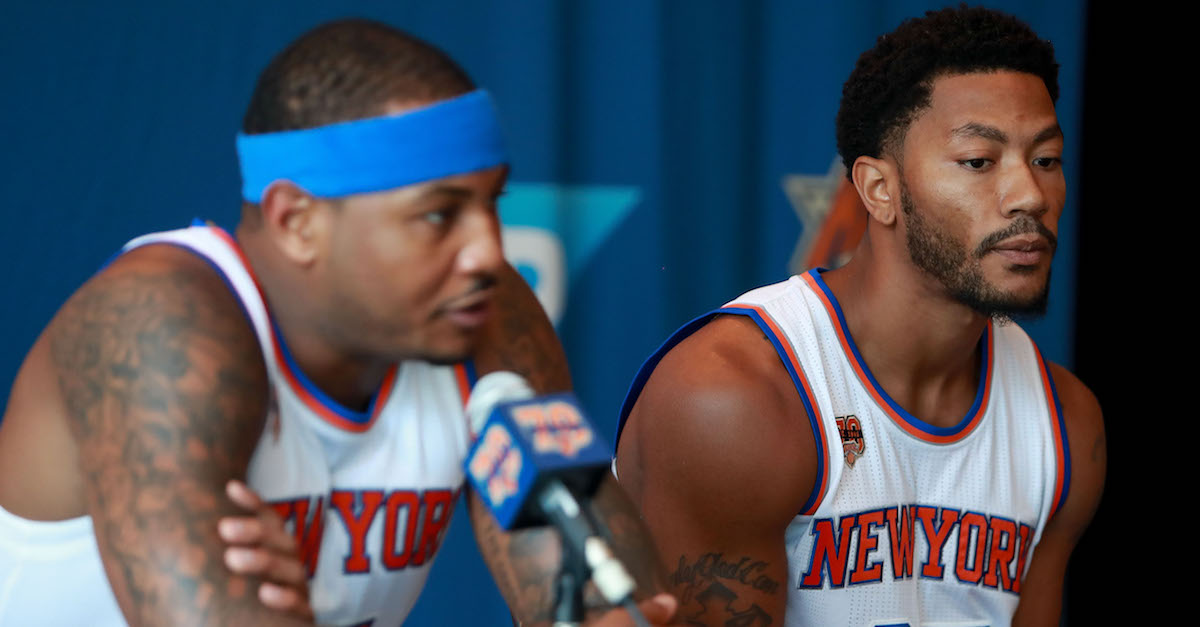 The Cleveland Cavaliers are reportedly closing in on a one-year deal for former New York Knick and league MVP Derrick Rose.

Rose, who most recently played for the Knicks last season, had been linked to the Milwaukee Bucks prior to this report from ESPN’s Brian Windhorst.

Derrick Rose is in serious talks with the Cavs on a 1-year deal, sources tell @wojespn and me.

This would be the biggest signing of a surprisingly quiet summer for the Cavs, as they’ve re-signed Kyle Korver, signed Jeff Green, Jose Calderon even signed with the team, but nothing that really will move the needle against the Golden State Warriors.

Ultimately, it’s hard to determine what kind of role of Rose will have on the team if a deal is reached, but it is likely to be similar to what Deron Williams did for the club last year as a backup rotation guard.