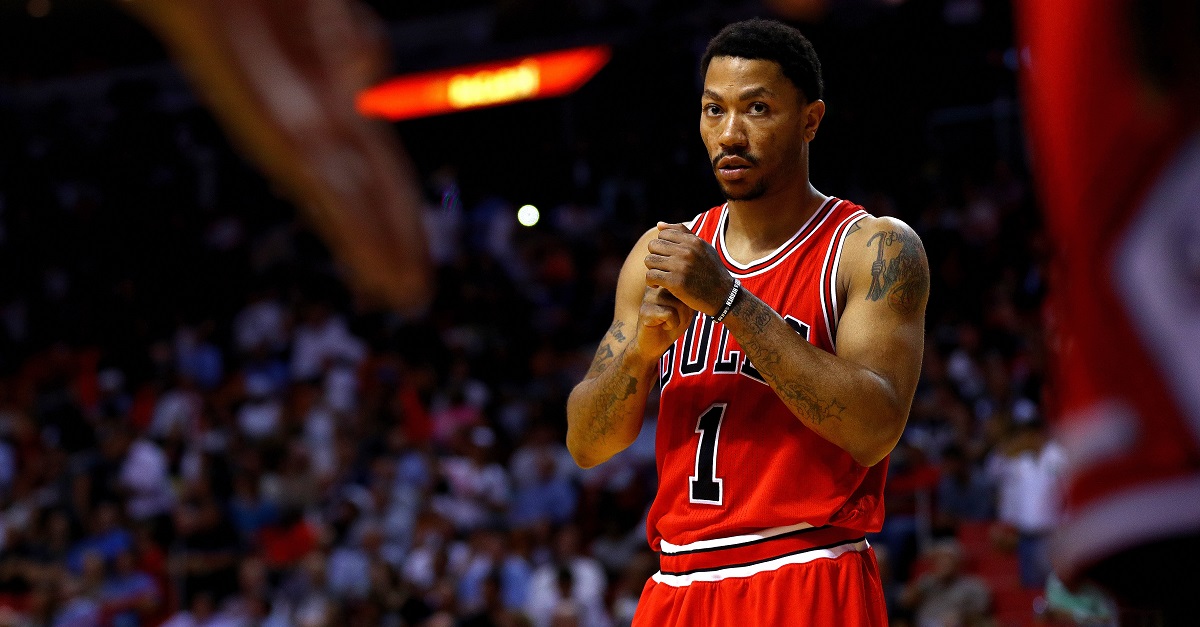 Mike Ehrmann/Getty Images
MIAMI, FLORIDA - APRIL 07: Derrick Rose #1 of the Chicago Bulls looks on during a game against the Miami Heat at American Airlines Arena on April 7, 2016 in Miami, Florida. NOTE TO USER: User expressly acknowledges and agrees that, by downloading and or using this photograph, User is consenting to the terms and conditions of the Getty Images License Agreement. (Photo by Mike Ehrmann/Getty Images)

Derrick Rose first made headlines this offseason by not only leaving the Chicago Bulls — where he won his MVP award in 2011 — but signing with Eastern Conference foe New York (Knicks). Former Bulls big man Joakim Noah is joining Rose along with Kristaps Porzingis, Carmelo Anthony, Brandon Jennings and Courtney Lee.

While this team does sound like one of the better ones in the Melo era, it may still very well fall into the playoffs by accident or have to scrounge for every win in the East. Despite that, Rose is feeling incredibly confident about the team and thinks they actually have a chance to win every game during the season.

I think we have a chance to win every game, and in the league, that?s rare.

I’m going to assume that Rose means he thinks the team has a chance to win every time it steps on the court rather than actually going 82-0. That was just incredibly poor wording and even then I still think this is inaccurate. This team doesn’t stand a chance of beating teams like the Cleveland Cavaliers, San Antonio Spurs or Golden State Warriors when they meet on a court.

RELATED: Five reasons why Luke Walton was the right hire for the Lakers

While no game is an outright win or loss from the start of the season, you can certainly circle some games and say that they are going to be much tougher or easier than others. Let’s not forget that the Lakers found a way to beat the Warriors last season despite being the worst shooting team in the league. Clearly, anything is possible.