Did this guy just get caught with his side chick on national TV? 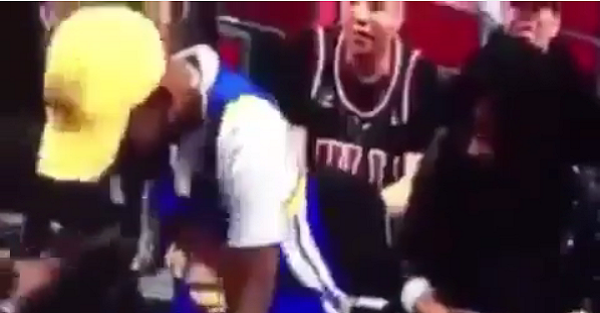 It’s only the preseason for the NBA, but it looks like there might have been one guy who was in midseason form when it came to his dating game. What he didn’t count on, somehow, was being caught on camera while sitting in the front row of the Chicago Bulls-Milwaukee Bucks game.

#PressPlay #HoldUp When you get caught out with the side chick 😩

Why he thought he wouldn’t get caught on camera sitting on those seats on a nationally televised game is beyond me, but this is clearly a guy who doesn’t think things out in advance as he brought what looks like his side chick to the game and out in public.