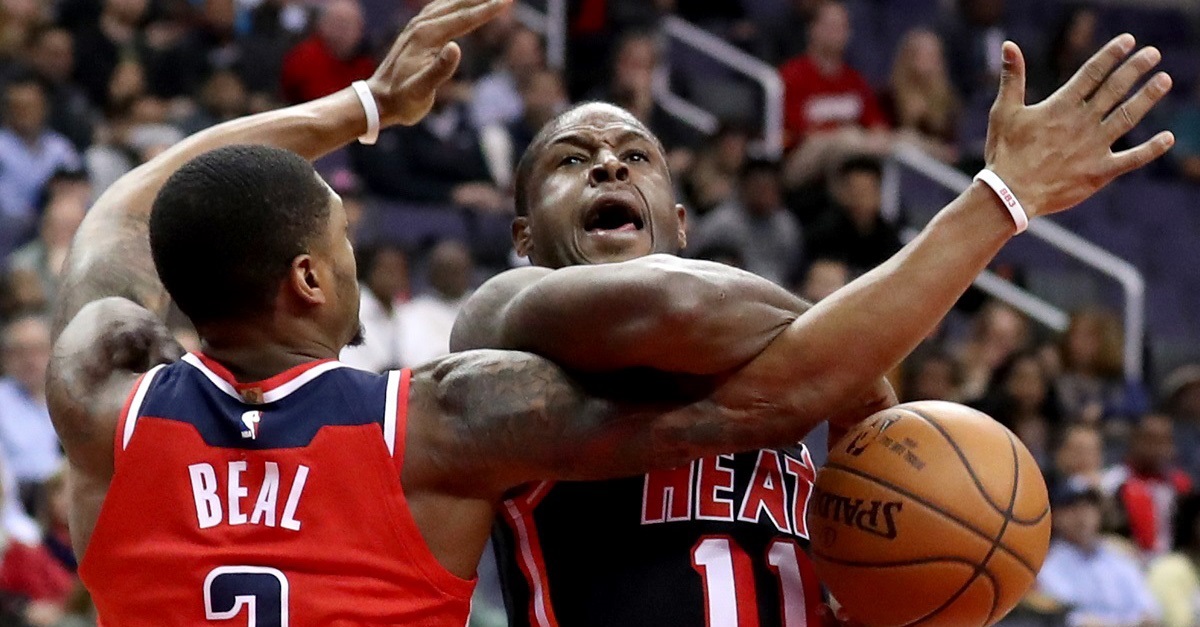 Rob Carr/Getty Images
WASHINGTON, DC - NOVEMBER 17: Bradley Beal #3 of the Washington Wizards fouls Dion Waiters #11 of the Miami Heat in the first half at Capital One Arena on November 17, 2017 in Washington, DC. NOTE TO USER: User expressly acknowledges and agrees that, by downloading and or using this photograph, User is consenting to the terms and conditions of the Getty Images License Agreement. (Photo by Rob Carr/Getty Images)

Miami Heat guard and former No. 4 overall pick Dion Waiters will reportedly miss the remainder of the season as he is expected to undergo surgery on his injured left ankle, according to Shams Charania of Yahoo Sports.

Waiters has missed the past seven games for the Heat after injuring his ankle against the Dallas Mavericks on Dec. 22. He and the team had hoped he would be able to return to the court after resting and rehabbing the ankle, but it looks as though he’ll need surgery after getting a second opinion on the injury.

He was second on the team in scoring this season after averaging 14.3 points, 3.8 assists and 2.6 rebounds per game. Head coach Erik Spoelstra will likely continue to rely on Tyler Johnson, Wayne Ellington and others to fill in for Waiters.

The Heat are currently in fourth place in the Eastern Conference with a 24-17 record.