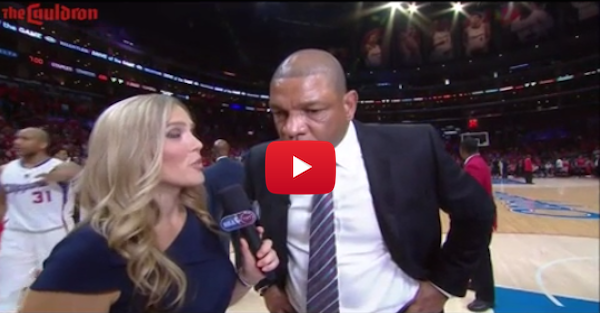 During Game 7 of the first round series between the San Antonio Spurs and Los Angeles Clippers was very testy and it carried over to the sidelines. During the sideline interview between the third and fourth quarter, Clippers coach Doc Rivers absolutely ripped into the officials:

The call he was angry about? It came against his own son so that might have also had something to do with it. Austin Rivers was called for a shooting foul on Manu Ginobili for this shot near the end of the quarter:

Rivers has already been fined for his comments against officials in this series and he will undoubtedly be fined again for these too.