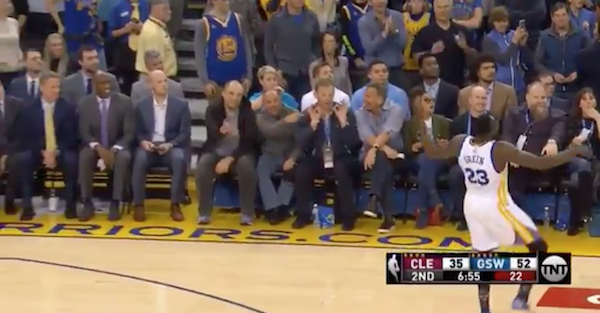 LeBron James is an early nominee for the 2017 Flopper of the Year after his embarrassing flop against the Golden State Warriors Monday night, and Draymond Green mocked James for the flop seconds after the play.

The Cleveland Cavaliers’ performance could also be described as a flop, as the Warriors easily defeated them 126-91 in a rematch of the last NBA Finals.

Green played one of his best games of the year. He finished with a triple double, totaling 11 points, 13 rebounds and 11 assists.