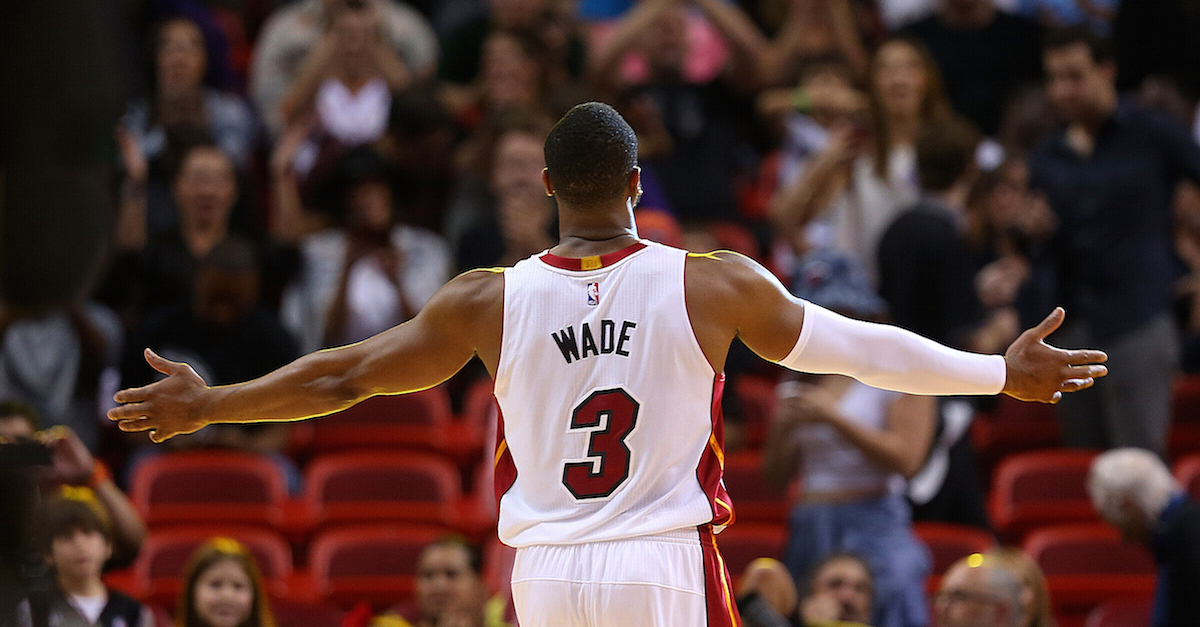 MIAMI, FL - DECEMBER 27: Dwyane Wade #3 of the Miami Heat reacts to the crowd during a game against the Memphis Grizzlies at American Airlines Arena on December 27, 2014 in Miami, Florida. NOTE TO USER: User expressly acknowledges and agrees that, by downloading and/or using this photograph, user is consenting to the terms and conditions of the Getty Images License Agreement. Mandatory copyright notice: (Photo by Mike Ehrmann/Getty Images)

Here’s what Brian Windhorst said on 790 Miami, per NBC Sports:

“Over the last 24, 72 hours, Dwyane?s representatives have been calling around the league to several teams. Not to every team, not to 29 teams, but to a few teams and have said to them, ?Hey, Dwyane is going to be available and is going to take offers.?

San Antonio has Danny Green and Dallas just inked Wesley Matthews, but would either squad be interested in bringing in the uber-talented Wade? Certainly if the price were right they could make a way to fit him in the scheme. We did just see Joe Johnson fit seamlessly into Miami’s system next to Wade.

As for any other teams, we’ll have to wait a few more days to see if Wade is seriously contemplating leaving Miami.