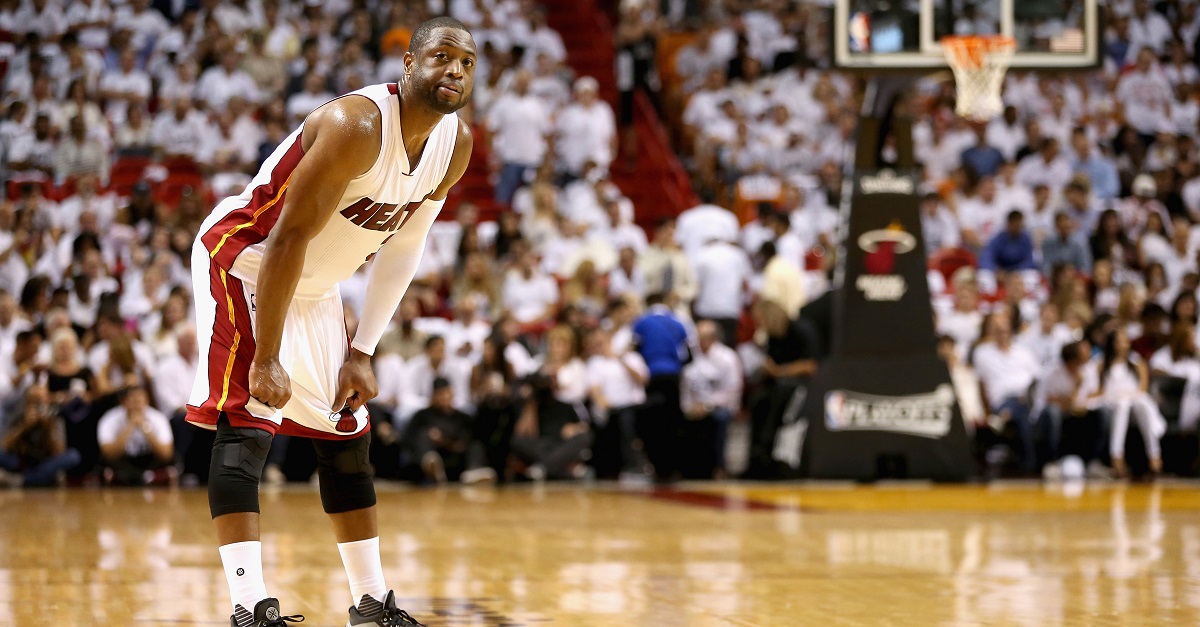 Streeter Lecka/Getty Images
MIAMI, FL - MAY 13: Dwyane Wade #3 of the Miami Heat watches on against the Toronto Raptors during Game 6 of the Eastern Conference Semifinals of the 2016 NBA Playoffs at American Airlines Arena on May 13, 2016 in Miami, Florida. NOTE TO USER: User expressly acknowledges and agrees that, by downloading and or using this photograph, User is consenting to the terms and conditions of the Getty Images License Agreement. (Photo by Streeter Lecka/Getty Images)

Nykea Aldridge was a 32-year old mother of four children and also happened to be the first cousin of Dwyane Wade. She became another sad statistic in the city of Chicago where violence is rampant. She was pushing her 3-week old baby in a stroller on her way to register her other children for school when she was caught in a crossfire of gun shots between three men.

RELATIVE: Dwyane Wade will sign with a team, just not Miami

Wade found out about the news and cannot believe that something like this actually happened to a relative.

My cousin was killed today in Chicago. Another act of senseless gun violence. 4 kids lost their mom for NO REASON. Unreal. #EnoughIsEnough

Aldridge was struck in the head and arm and died at John H. Stroger Jr. Hospital, a Chicago Police Department spokeswoman said. Fortunately, the baby was not injured and has been taken into custody by another family member.

Two men are in custody and were being questioned Friday evening in regards to Aldridge’s death, a police spokeswoman said. She added that Aldridge did not appear to be the intended target.