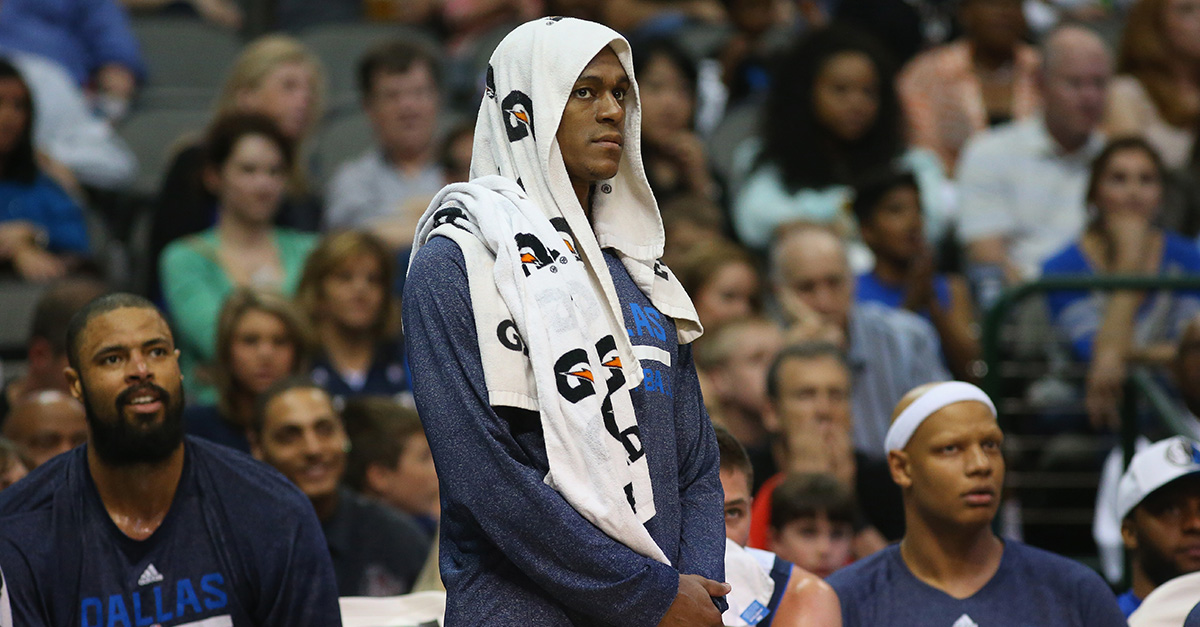 Rajon Rondo’s career as a member of the Dallas Mavericks was short-lived and came to an ugly end this week after he got benched in Game 2 after an awful performance.

The “official” word on Rondo was a back injury, but it’s clear that the relationship between Rajon and the Mavs is done. Rick Carlisle said on Wednesday that he doesn’t expect to see Rondo back in a Mavs uniform ever again.

The backlash against Rondo’s effort and performance has been strong, but ESPN’s Dan Dakich took it to a whole other level on Thursday morning on his radio show and Twitter.

Calling for a federal investigation of an NBA star making eight figures a year for point shaving and fixing games is an aggressive move by Dakich. Those kinds of allegations aren’t the type of thing you just throw around, as fixing games is about as serious a “sports crime” as one can commit.

Being upset about Rondo’s attitude and performance is understandable, and he should be called out for his actions. He played terribly and absolutely forced his coach’s hand to bench him. However, insinuating that his play was motivated by having gambled on those games and throwing them on purpose to win money is a very serious allegation.

Rondo’s play was so over the top awful for those 36 seconds in the second half that it was almost too bad to be actively point shaving. Rather than something so insidious as fixing games, what seems far more likely is that Rondo is an irritable guy who was fed up with Carlisle and he just wanted out.