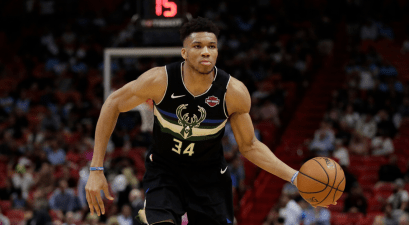 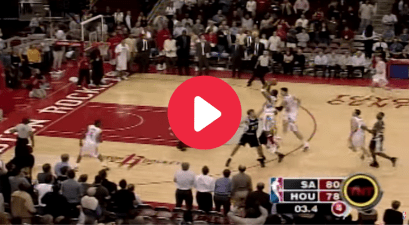 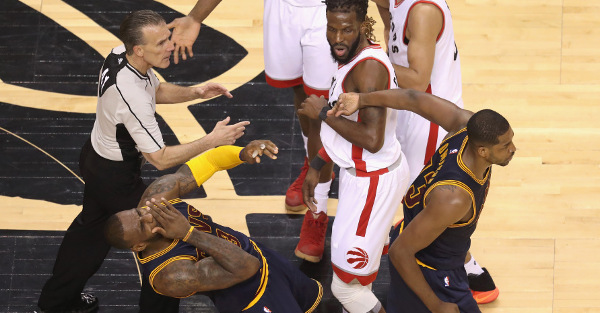 in game three of the Eastern Conference Finals during the 2016 NBA Playoffs at Air Canada Centre on May 21, 2016 in Toronto, Canada.

Oh LeBron. Entering game three of the Eastern Conference Finals, the Cleveland Cavaliers looked invincible against the Toronto Raptors. Not only did the Cavs show they’re anything but invincible, LeBron James showed the worst side of their vulnerability: a penchant for flopping.

James got caught in between the tussle between teammate Tristan Thompson and Raptors forward DeMarre Carroll and as Thompson went to leave the foray, his left arm swung backward and connected with none other than James.

James, all 270 pounds of him, went flying backward from his teammates errant arm, prompting the refs to call the Raptors for a foul. I don’t think there was a single person watching the game who didn’t think “this must be what Carroll meant the other day when he said they don’t act.”

Odor's punch would have killed LeBron judging by that reaction.

What a FLOP by LeBron after he was accidentally hit in the face BY HIS OWN TEAMMATE TRISTAN THOMPSON.

Here's an alternate view of LeBron after he was hit by his own teammate… pic.twitter.com/Ghik8Yf4Pe

Bron has some ‘splainin to do after the world’s worst flop on national TV.