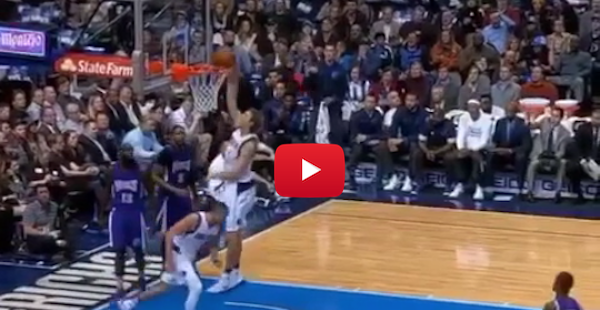 Dirk is getting up in there in age as he’s already somehow 37 and he tends to make some mistakes. There was the time he got put on skates by C.J. McCollum and now there’s the time he missed a point blank open dunk against the Sacramento Kings. Chandler Parsons had actually gotten the Kings on a goaltending call and Nowitzki was messing around, but it looks like the rim wasn’t having it.

Oh poor Dirk. He’s seven feet tall and can’t even dunk any more. I think he’ll be alright just settling for threes now and scoring in other ways. It’s also a good thing Deron Williams hit the game winner in this one so everyone will forget he ever missed that dunk. We won’t though, Dirk. And neither will Shaqtin’ a Fool.