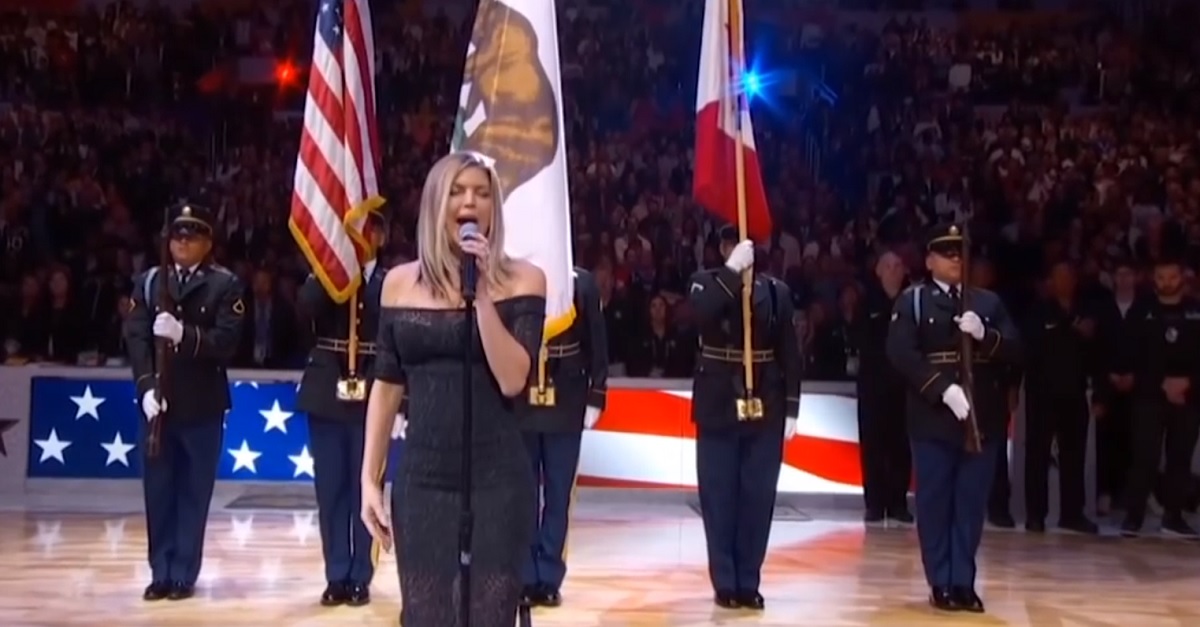 Fergie apologized for her heavily scrutinized rendition of The Star Spangled Banner during the NBA All-Star Game in an exclusive statement to TMZ Sports on Monday.

“I’ve always been honored and proud to perform the national anthem and last night I wanted to try something special for the NBA. I’m a risk taker artistically, but clearly this rendition didn’t strike the intended tone. I love this country and honestly tried my best.”

The “risk” she’s referring to is deciding not to sing the song in its traditional form, rather slowing it down to give it “more of a jazz feel,” as described by 247Sports‘ Michael Bohlin.

However, that decision led to hilarious reactions from numerous players, fans and celebrities sitting courtside who seemingly attempted to fight back laughter during TNT’s live broadcast of the performance on Sunday night.

Still, kudos to Fergie for at least taking the initiative to apologize for what many have considered a “disrespectful” rendition of the National Anthem.

However, that doesn’t change the fact that the performance has already gone viral in less than two days, which has led to numerous parodies and remixes.

Not a good few days for the “Fergalicious” singer.