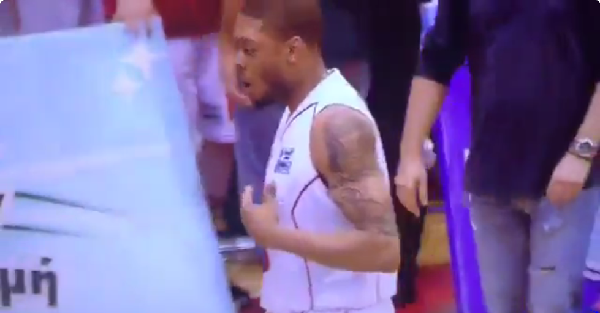 Former Arizona State star Jermaine Marshall is playing in the Greek League for Kafisia. His team was leading 95-93 until he forgot which basket he shouldn’t be shooting on. With opponent Aris at the free throw line, all Kafisia and Marshall had to do was get a rebound and get across half court. Of course that is not what happened because basketball is never as simple as it seems.

So Marshall got the board like he was supposed to, but he thought he was on the scoring side of the court and gave Aris the bucket it needed to get to overtime. Aris would end up winning 108-103 in overtime and Marshall will probably not be able to sleep for several weeks.