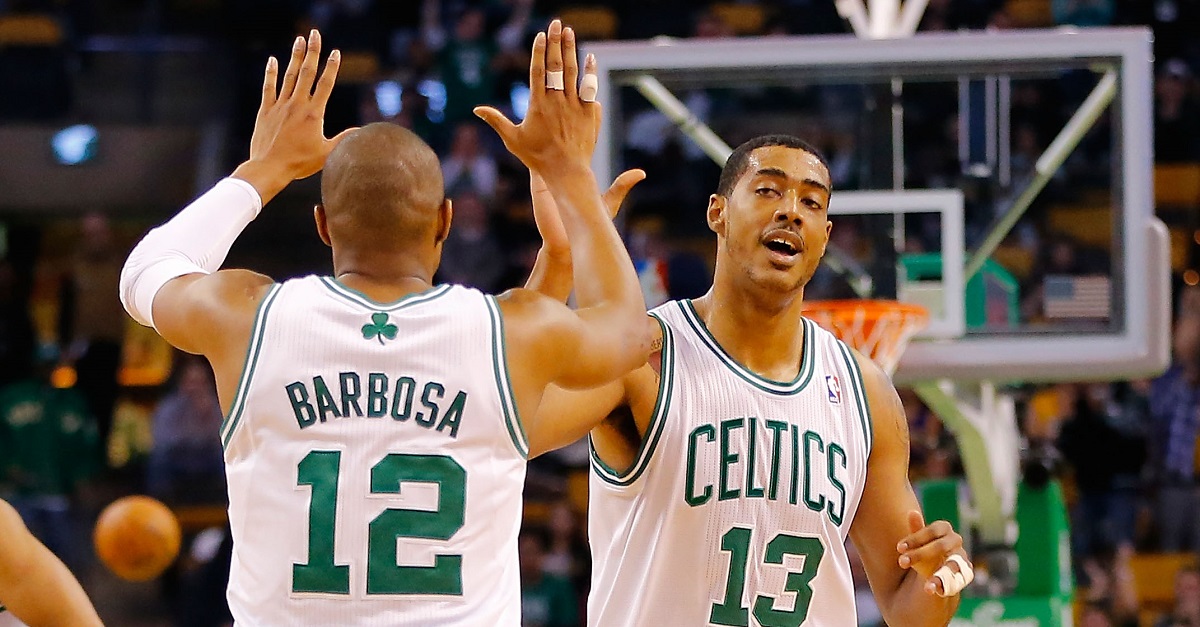 Jared Wickerham/Getty Images
BOSTON, MA - FEBRUARY 7: Fab Melo #13 of the Boston Celtics is congratulated by teammate Leandro Barbosa #12 after making a basket in the fourth quarter against the Los Angeles Lakers during the game on February 7, 2013 at TD Garden in Boston, Massachusetts. NOTE TO USER: User expressly acknowledges and agrees that, by downloading and or using this photograph, User is consenting to the terms and conditions of the Getty Images License Agreement. (Photo by Jared Wickerham/Getty Images)

Brazilian reporter Gabriel Andrade appeared to confirm the news, reporting that the cause of death may have been a heart-attack.

SporTV journalist confirmed Fab Melo info. He was founded died in his house. Possible a heart attack when he was sleeping.

After moving to the U.S. from Brazil, Melo was named a high school All-American before committing to Syracuse. Melo was a standout with the Orange thanks to his defensive prowess, as the 7-foot center was named the Big East Defensive Playoff of the Year back in the 2011-12 season. Melo then declared for the NBA Draft after academic issues, and he was later taken by the Boston Celtics in the first round.

Melo only played one season in the NBA before going over seas. He was last playing professional ball in his home-country of Brazil last year.