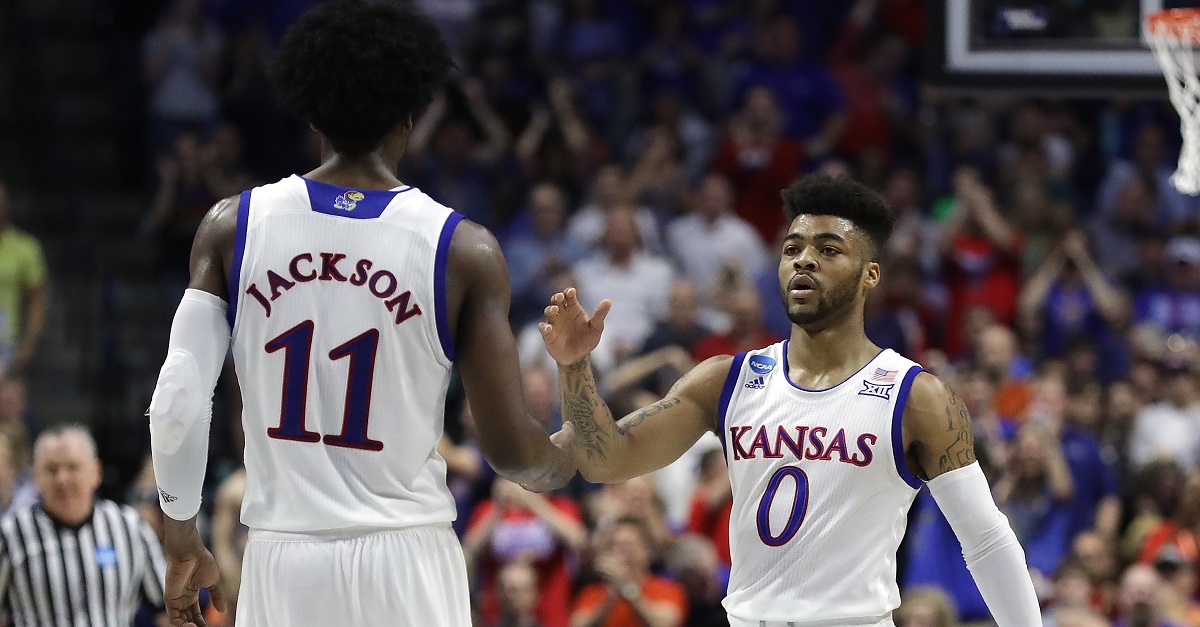 With the NFL Combine in the rear view mirror most people probably thought bizarre and inappropriate questions from professional teams would be behind us as well. They were wrong. While at the NBA Combine on Thursday, former Kansas standout Frank Mason spoke to ESPN about the most bizarre question he was asked by a team and it was pretty morbid.

Kansas guard Frank Mason III was asked at the NBA Draft Combine which way he would want to die. alright. pic.twitter.com/t38LBJttEz

Mason gave a pretty good answer considering the circumstances and somehow kept his cool. Some people might have freaked out on the team and stormed out of the room after a question like that. But hopefully that story only helps his draft stock since he showed that he can handle some serious pressure with the ultimate cool.