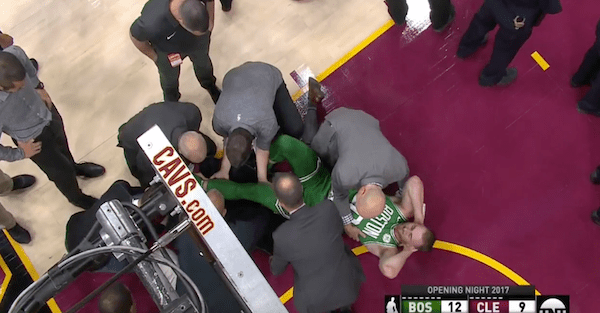 The broadcast noted it is a fractured ankle for Hayward.