After controversy, NBA All-Star Gordon Hayward has made his free agency decision 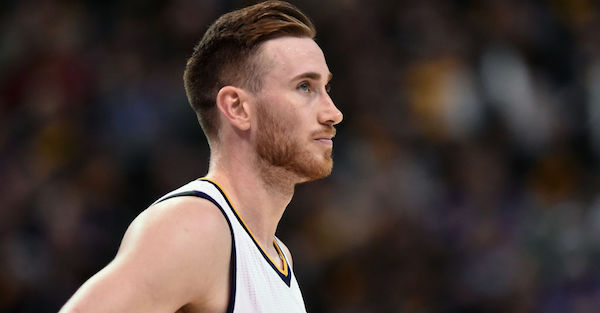 Gene Sweeney Jr./Getty Images
SALT LAKE CITY, UT - MAY 6: Gordon Hayward #20 of the Utah Jazz looks on against the Golden State Warriors in Game Three of the Western Conference Semifinals during the 2017 NBA Playoffs at Vivint Smart Home Arena on May 6, 2017 in Salt Lake City, Utah. NOTE TO USER: User expressly acknowledges and agrees that, by downloading and or using this photograph, User is consenting to the terms and conditions of the Getty Images License Agreement. (Photo by Gene Sweeney Jr/Getty Images)

For the second-consecutive summer, the Boston Celtics have landed a marquee free agent, this time in small forward Gordon Hayward.

Free agent Gordon Hayward has agreed to a four-year, $128M deal with the Boston Celtics, league source tells The Vertical.

Hayward receives a player option in the fourth year of his Boston contract, league sources tell The Vertical. https://t.co/mCP9r5wdXz

The move follows conflicting reports over if Hayward had made a decision. Confirmation emerged after he released a Players Tribune story.

Hayward, the former No. 9 overall selection, visited the Miami Heat, Celtics and Utah Jazz before making his free agency decision.

Hayward, who is coming off an All-Star year for the Jazz and made it to the second round of the NBA playoffs shakes up the power in the Eastern Conference by adding a legitimate offensive weapon to a Celtics team lacking one in last year’s playoffs. The Cleveland Cavaliers are still certainly the team to beat, but Boston’s addition makes things a bit more interesting heading into 2017-18.

The Jazz traded for point guard Ricky Rubio, but the move was not enough to keep Hayward from rejoining his college coach, Brad Stevens in Boston.