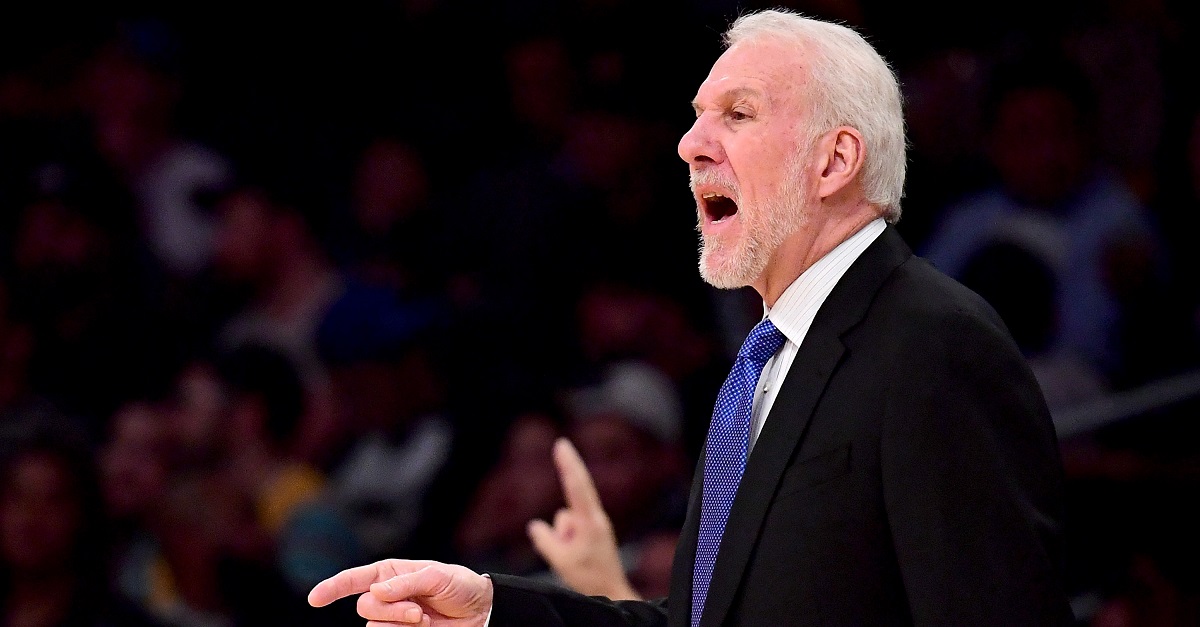 Five-time NBA champion coach Gregg Popovich has been one of the most outspoken figures in sports when it comes to social issues and where he stands on them. In the midst of Black History Month, Popovich spoke about where the country stands now and he was quite blunt about it, saying that we still live in a racist country.

Spurs coach Gregg Popovich on why it's important for the NBA to promote Black History Month: "We live in a racist country… And it's always important to bring attention to it, even if it angers some people." pic.twitter.com/RCCs7rSJix

Here’s all of what he said when asked about why it’s important for the league to promote Black History Month.

I think it’s pretty obvious. The league is made up of a lot of black guys. To honor that and understand it is pretty simplistic. How would you ignore that? More importantly, we live in a racist country that hasn’t figured it out yet. And it’s always important to bring attention to it. Even if it angers some people. The point is, you have to keep it in front of everybody’s nose so they understand it still hasn’t been taken care of. And we still have a lot of work to do.

He didn’t hold back here at all and he surely won’t in the future. He has been a huge advocate for social change and will likely continue to be going forward.