WATCH: Only Gregg Popovich Would Be Angry After a Game-Winning Shot 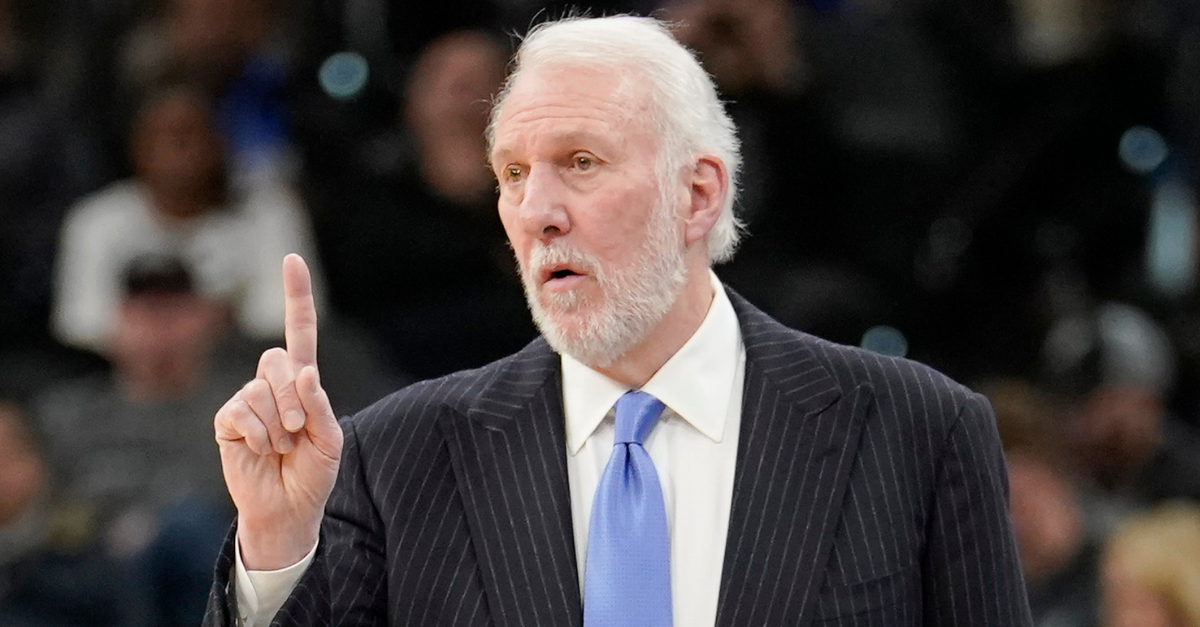 San Antonio Spurs head coach Gregg Popovich has won a lot of games in the NBA. Believe it or not, he has actually enjoyed a good number of them along the way. Tuesday night against the Phoenix Suns was just not one of them.

With less than 10 seconds remaining inside the AT&T Center, and the score tied at 124, veteran forward Rudy Gay started to make his move. He took Suns forward Josh Jackson left and forced guard Kelly Oubre Jr. to switch on him. Then, Gay caught Oubre sleeping for just a split second, rose up, and drilled a game-winning jumper to give the Spurs the victory.

The shot was pure poetry.

The celebration was on. Gay casually trotted away after the buzzer-beater, but then was soon mobbed by his teammates.

No other way to celebrate pic.twitter.com/4kkoMqR34q

It was enough to fight off Devin Booker?s 38-point performance and spoil the Suns? road party, but it wasn?t enough to please Popovich, who turned 70 earlier this week.

In fact, it was quite the opposite.

Pop wasn't too happy with the Spurs win over the Suns 👀 pic.twitter.com/1RMSeUqDsz

?We were really fortunate to win the game. I thought that they outplayed us, out-coached us, out-physicaled us, out-executed us. We had no respect for them or for the game. We didn?t play with each other. It was a pathetic performance and Phoenix got robbed.?

That was all Pop had to say in his postgame interview. He turned around and went back into the locker room. The legendary head coach has never been a man of too many words, but that was definitely some harsh and tough-love criticism following an exciting win.

Only Gregg Popovich would be angry after a game-winner, but that?s also what makes him great.