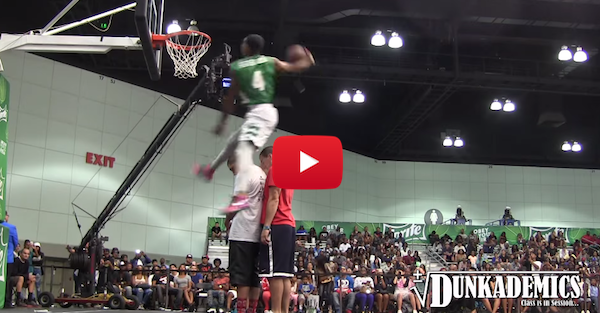 It’s hard to impress some former NBA Dunk Contest champs like Zach LaVine (2015) and John Wall (2014), but that’s exactly what defending BET Dunk Contest champ Guy Dupuy did. He broke out all the moves. From jumping over people to putting the ball between his legs to doing both at the same time, Dupuy definitely left Wall and LaVine speechless. That man definitely earned those scores of straight 10s.