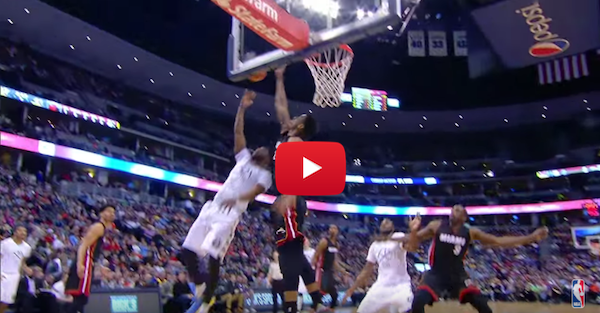 Triple-doubles seem almost commonplace this season with how many the league has had already. Russell Westbrook has had a few, Draymond Green leads the league in them, and Rajon Rondo has a few as well. However, none of them got a triple-double quite like Miami Heat center Hassan Whiteside.

Whiteside had a monster game against the Denver Nuggets to help his team get a crucial 98-95 win. He had 19 points, 17 rebounds, and 11 blocks. The last guy not named Whiteside to have a triple-double with blocks was Joakim Noah for the Bulls in 2013.