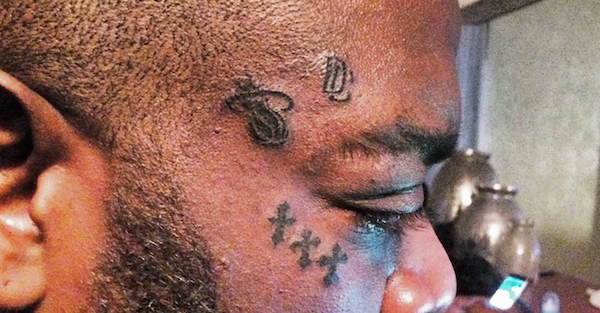 Notorious rapper Rick Ross isn’t just known for his lyrical abilities, but his stature as the No. 1 Miami Heat fan.

He’s so hardcore, Ross got the Heat logo tattooed next to his eye.

So this got us thinking, what would some of the biggest fans in the NBA look like with tattoos of their favorite teams on their respective faces?

Drake – most of the NBA